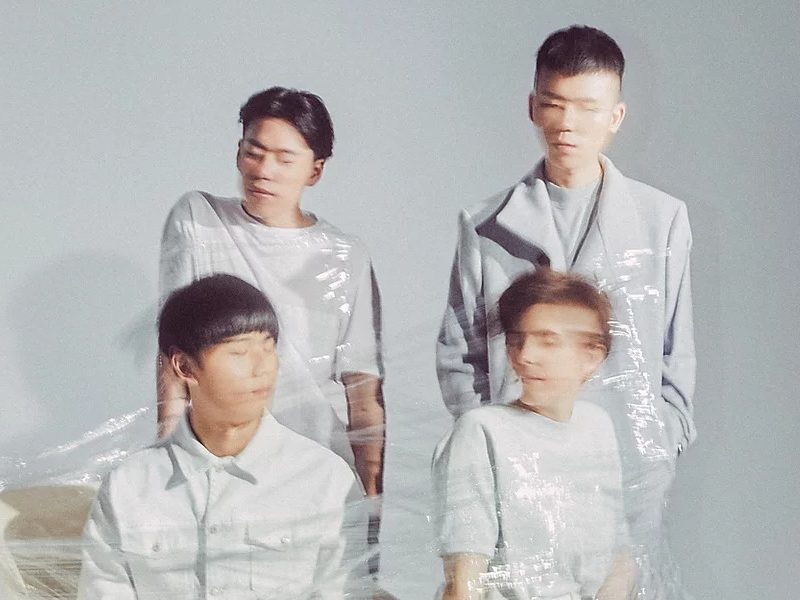 The only constants in life are that time marches on, and along its slow but steady advance, time brings change. Such is the case with Taiwanese electro-rock band Sleeping Brain. Since starting out over half a decade ago as a student cover band, the act (Raven—vocals/synth, Agao—guitar, Ral—bass/synth, Thrissa—drums) has come a long way since the days of laying down nu-metal covers in front of their post-secondary peers.

In 2013, Sleeping Brain released their first EP, Ganic Universe, a brief yet focused meditation that melded the warm but calculated rationale of electronic music with the catchy sensibilities of pop rock. The years to follow would see members come and go, the current lineup solidifying in 2016.

With the right roster in place, the band set upon the gelling process, taking to stages large and small all over Taiwan, managing to crack the Top Ten finalists at the prestigious Ho-hai-yan Music Festival in 2017, a seaside band competition and nationally-televised fest that draws revelers in their tens of thousands, and often serves as the launch pad for Taiwan’s next generation of music superstars.

Enter 2019 and after years of honing their sound in the live setting and woodshedding in the rehearsal studio, Sleeping Brain has returned with their debut full-length album, Bare Waves. A departure from the band’s electro-heavy roots, Bare Waves takes a decidedly minimalist approach to the electronic elements of their sound, moving in favor of a rich pop-rock soundscape instead, layering dreamy, heartfelt vocals over dense, low synths, reverb-drenched guitars, and in-the-pocket danceable rhythms what would play well whether at a small club gathering of the Goths or ringing out from the largest of the world’s major pop and rock festival stages.

With hooks brought to the forefront and a profound maturity emerging in the Sleeping Brain sound, the band has found within itself a newfound sense of ambition and growth, a world removed from their days of nu-metal fandom. In December of 2019, the band debuted the video for the album’s second single, “Odor,” a melancholic pop/rock dreamscape drawing from the disparate worlds of minimalist synth rock, post-rock’s shimmering, haunting repetition, and post-punk introspection.

“Odor” serves as a stark contrast to the dance rock up-tempo of the debut single, “Dear,” the video for which premiered in November. With a technological darkness permeating the pop-rock, synth-driven melodies, the song seems to provide the dramatic soundtrack to a Darren Aronofsky psycho-drama, Raven’s soaring vocals lending themselves well to the swirling sense of urgency in the pounding drums and looping bass lines. It’s a sound that lends itself well to our times, reflecting the current uncertainty that infects our lives in every way.

In this way, Sleeping Brain has done the near impossible—encapsulating the neuroses of the hive mind, boiling the Great Big Motherfucking Sad down into a primal musical essence.