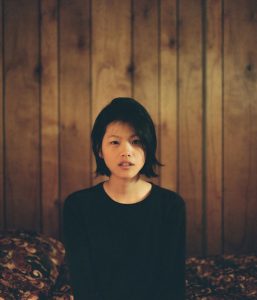 The life of a folk singer/songwriter isn’t an easy path, but it’s one Taipei’s Misi Ke has walked proudly for over a decade. Starting in 2008, the dreamy balladeer known for her soft, soulful compositions and layered instrumentals, an evolutionary jump in the Taiwanese folk-pop scene that’s equal parts Cheer Chen, anpu, and Frande, has forged a niche for herself by sheer force of will.

Given the inherit sweetness of her tone and seemingly innate songwriting ability, it would have been easy for Misi Ke to make a name for herself as just another pop star in a sea of cookie-cutter Mando Pop clones. However, she knew from the outset that she was not one to follow trends, and so set out to find a place that was truly her own in a country where folk singers are often quickly regarded and tossed aside without a second thought.

This, it goes without saying, was no mean feat. At the start of her career, performing in cafes and small livehouses, Ke recorded four EPs independently, selling them herself at her own shows while she waited for the zeitgeist to catch up with her. As is the case with many an artist, it wasn’t until she spread her wings and went abroad that people in her home country realized what they had.

After performing in Okinawa, the Taiwanese scene suddenly took notice of this rare talent and the uncommon maturity of Ke’s sound. Ke’s debut full-length album, Play, came in 2014, garnering multiple nominations at some of Taiwan’s biggest music awards ceremonies for Best New Artist, Best Folk Song, Best Album, and more. Her second album, Don’t Make a Sound, was lauded just as highly, furthering Ke’s already shimmering reputation, erasing any notions of her being a flash-in-the-pan fad or one-time phenomenon. With this effort, it was clear—Misi Ke is an artist with her own sound, her own message, and she’s here to stay.

Since bursting onto the Pan-Asian stage at large, Ke has also become known for her fruitful collaborations with fellow artists from around the Asian continent, working with singers and songwriters from Japan, Thailand, and Singapore. Never one to rest on her laurels, she has also delved into the world of soundtrack work, where she has found success as well, taking home the statue for Best Theme Song at the 2019 Asian Academy Creative Awards. With her star on the rise, Ke has also been invited to perform on the stages of some of the region’s biggest music and art festivals.

Going forward, Misi Ke will continue to reshape Taiwanese folk in a mold of her own creation, rebranding the folk ballad as something more than a short, catchy concoction of four chords and the truth, keeping the honesty, but wrapping the heartfelt emotion in carefully-composed layers of dreamlike instrumentation and the inspiration that can only come from a life lived on one’s own terms, no matter the hardships that brings.

Misi Ke will never be the singer/songwriter the world wants her to be. She’s earned her place in the sun, and like all the greats before her, she’s done it her way.