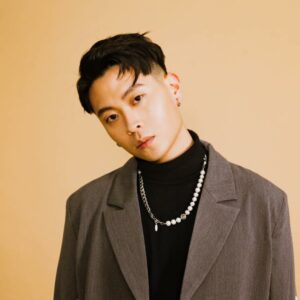 LINION graduated from the Musicians’ Institute in Los Angeles, California, where he was majoring in Bass Performance program and formed his first band, Some. The music of LINION is strongly influenced by 90’s R&B, western coast hip hop, and early 21st century neo soul. Only one thing’s for sure; LINION is showing the Taiwanese music scene how it’s done with his virtuosic and versatile set of abilities. Up-and-coming Taiwanese R&B vocalist and songwriter LINION unveiled his debut single in 2018, “Room 335” via Chiching Records. Born and raised in Taipei, he grew up on 90’s R&B and took in the neo-soul era while listening to modern-day heroes like Daniel Caesar. LINION showed a great interest in music from an early age, teaching himself to play the guitar from the age of ten.

His smooth and soulful vocal signature with rich bass flow on his first album Me In Dat Blue, successfully attracted a wider following which continued to expand through his impressive performance as 9m88’s touring bassist. His second album, Leisurely, was released in 2020 to an even bigger fanbase. His latest single, “Be My Bagel” came out in 2021 and showcases his laidback love song writing style with clean pop/R&B production.