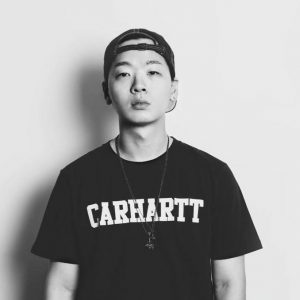 ILL MO, real name Kang-Sheng Mo, has a Ph.D. in English Literature from Tamkang University and teaches English in universities as an Assistant Professor. Moreover, he is a member of the rap trio TriPoets and a hip hop writer/curator, who has been writing Mandarin rap for over a decade. The TriPoets is a veteran rap group from northern Taiwan who had independently released the first rap mixtape in Taiwan named Listen and Speak in 2004, an official album The Beginning of Rhymes (Rock Records) in 2008, and the first book about local rap scene in Taiwan Da Project: TriPoets (Studio E-Ban) in the same year. After that, ILL MO founded a hip hop duo named Revival and released its critically acclaimed mixtape with the same name in 2012, and the duo released its album Portrayal (Asia Records) in 2014. ILL MO is respected among his peers in the music business for paving the way for the younger generation by developing rhyming skills in Mandarin as one of the first “Academic Rappers.” The contribution he has made in the past cannot be overlooked; moreover, he ages gracefully as he started to pay more attention to social issues in his lyrics.