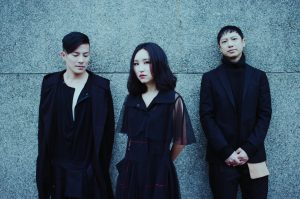 Founded in 2009, by female vocalist Fran, drummer John Wu, guitarist Chen Yu Chiang, and bassist the late Xu Zhe Yu, Frandé does everything from songwriting, arranging, recording, editing, all the way to mixing. They interpret life's sadness and gentleness in the style of light electronic rock and have established a visual style unique and mysterious.

Their debut album in 2011 Flattered was nominated in the Best Album Design category for the 2012 Golden Melody Awards, Best Newcomer in the Chinese Music Media Awards, and won Best New Group in Singapore's Freshmusic Awards and the 2012 Red Dot Design Award.

Released in 2017, their third album Why Is It A Love Story, Wasn't I Reading A Detective Novel? was a popular hit welcomed by both fans and critics. It made the shortlist for the 2018 Golden Melody Awards in the Best Album Design category. All three albums sold out their first prints.

The 2018 single "We Shall Meet Again" not only became the end score for the film The Outsiders, but also marks Frandé's 10th anniversary.