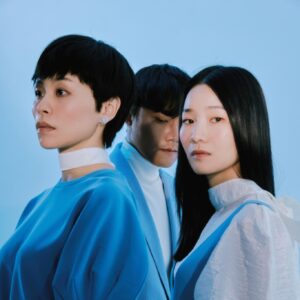 Formed in 2011, Four Pens is an indie folk/pop band from Taiwan.

The name of the band is a combination of Chinese characters derived from the members' nicknames, which sounds like “Four Pens” in Chinese. The members are Candace (vocal), Bibo (guitar, songwriter), and Sunny (keyboard).

Four Pens is best known for their dual vocals and a vast variety of acoustic instruments. Their songs usually feature lyrics describing sorrowful life yet with cheerful melodies. They are often compared to Lucy Rose, Angus & Julia Stone, and Of Monsters and Men. They have toured around Taiwan, Japan, and China. They are especially welcomed in Japan, They are especially welcomed in Japan, leading to seven tours throughout the country.