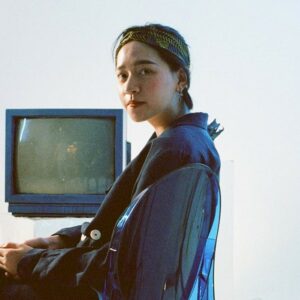 Rising female hip-hop artist Chen Hsien Ching has been making a prominent mark on music charts with her whimsical personal style. With four singles on StreetVoice, she has demonstrated her multifaceted sound that has a laid-back fluidity and a freshness much sought after today, occupying the space between alternative hip-hop and contemporary R&B. Her debut single “有人責備我們不夠深入” falls on the old-school rap side of the spectrum, tinged by jazz elements, as she smoothly rides the beat. Since then, she has released “Ching Ching”, as well as “Call In 計劃”, a trilogy of singles with the first two being "問題先生” and "I Wanna Be." She has also recently collaborated with indie singer-songwriter Enno Cheng on “At A Rainy Night”. Although her presence as a new comer has been established, Chen Hsien Ching continues to blaze her own trail into the future.