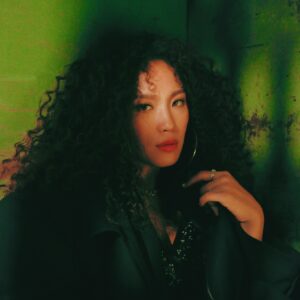 Amuyi can be described as an adventurous pop artist. With her current discography ranging from mandopop to soul, and even EDM, she has definitely been willing to push the boundaries of her creative choices musically. Her voice has a soulful flavor to it, which is not too common in the broader mandopop market. She made her musical debut in 2013, with her first album gaining a nomination for Best New Artist at the Golden Melody Awards.

Deciding to put her academic interests before her music career, Amuyi went on hiatus for the next few years, and she did not release any new music until 2017. Amuyi’s latest album Dear Myself, also saw the inclusion of future EDM elements, further signaling the continued strides Taiwanese pop is making to reach a wider international audience. Her soulful voice strikes exactly the right note for the R&B number on “O_Love.” She swings on the jazzy mid-tempo title track, managing to make that most well-worn of subjects sound fresh: “Love, can be simpler/Love, can be slower.” While the phrase “take me away” has become a cliche in love songs, Amuyi protests on “Fearless Girl”: “Don't take me away/Become the who that replaces me/ Away away/In my world.” The 23-year-old singer is definitely one to watch.