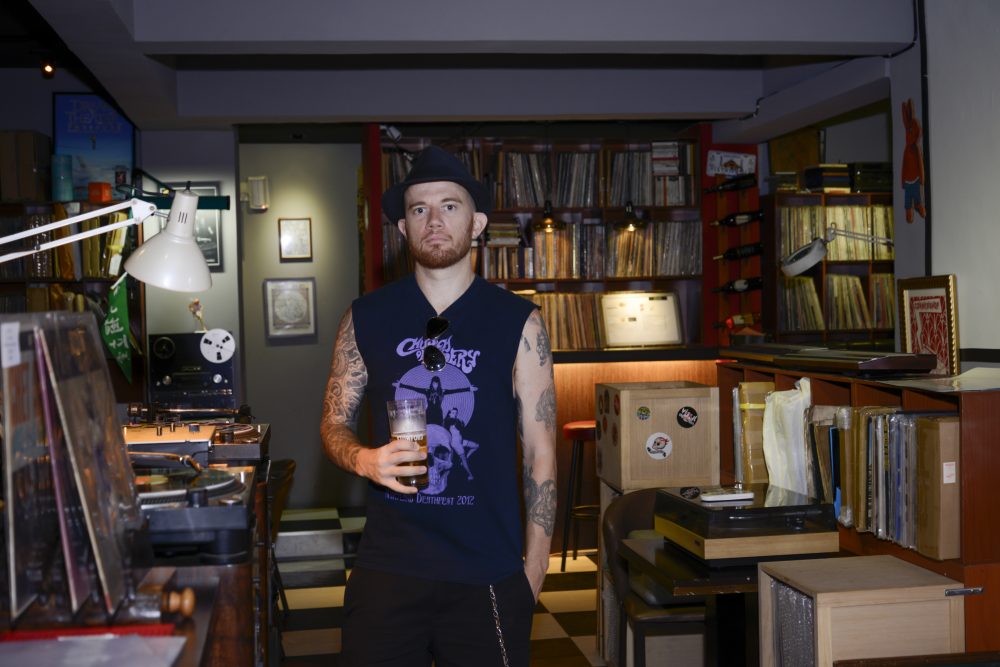 Joe Henley’s long journey in Taiwan started from his unintentional decision. He is a Canadian writer and a metal band’s vocalist based in Taiwan. His life turning point came in the last year of his college. While most of his friends had made up their minds about where to go after graduation, he didn’t have any plan for his future. Just at that time, his dorm mate who had stayed in Taiwan for a year before suggested he visit the small but diverse island in Asia. After their short talk, he booked the plane ticket right away and came to Taiwan even without attending his graduation ceremony.

Joe first planned to stay in Taiwan for only a year; however, the dynamic punk and metal music scene and a beautiful girl (who now is his wife) that he met extended his short trip to a much longer one. “Before I came to Taiwan, I knew nothing about Taiwanese music at all. I was completely ignorant and I thought I can start a punk band when I go to Taiwan. Because I bet, it's Asia, they probably don't even know what punk is.” But after he arrived and listened to the local music here, his mind was totally blown.

Besides enjoying the live performances and playing in punk and metal bands, he even started to promote Taiwanese music through his blog “Taipei Metal” and by writing a music column on Taipei Times. “It was the first time somebody wrote about them (some of the Taiwanese bands) in English, even it was the first time anybody wrote about them.” Joe felt the responsibility of writing Taiwanese punk and metal music in English, and his efforts has last for more than a decade ever since.

To further introduce what he had experienced in Taiwanese music scene, he published a book Bu San Bu Si: A Taiwan Punk Tale this May. It is a full-length English novel illustrates the lives of Taiwan punks in a very realistic and detailed way. The book can be regarded as a comprehensive expression of his twelve years’ punk scene observation in Taiwan. 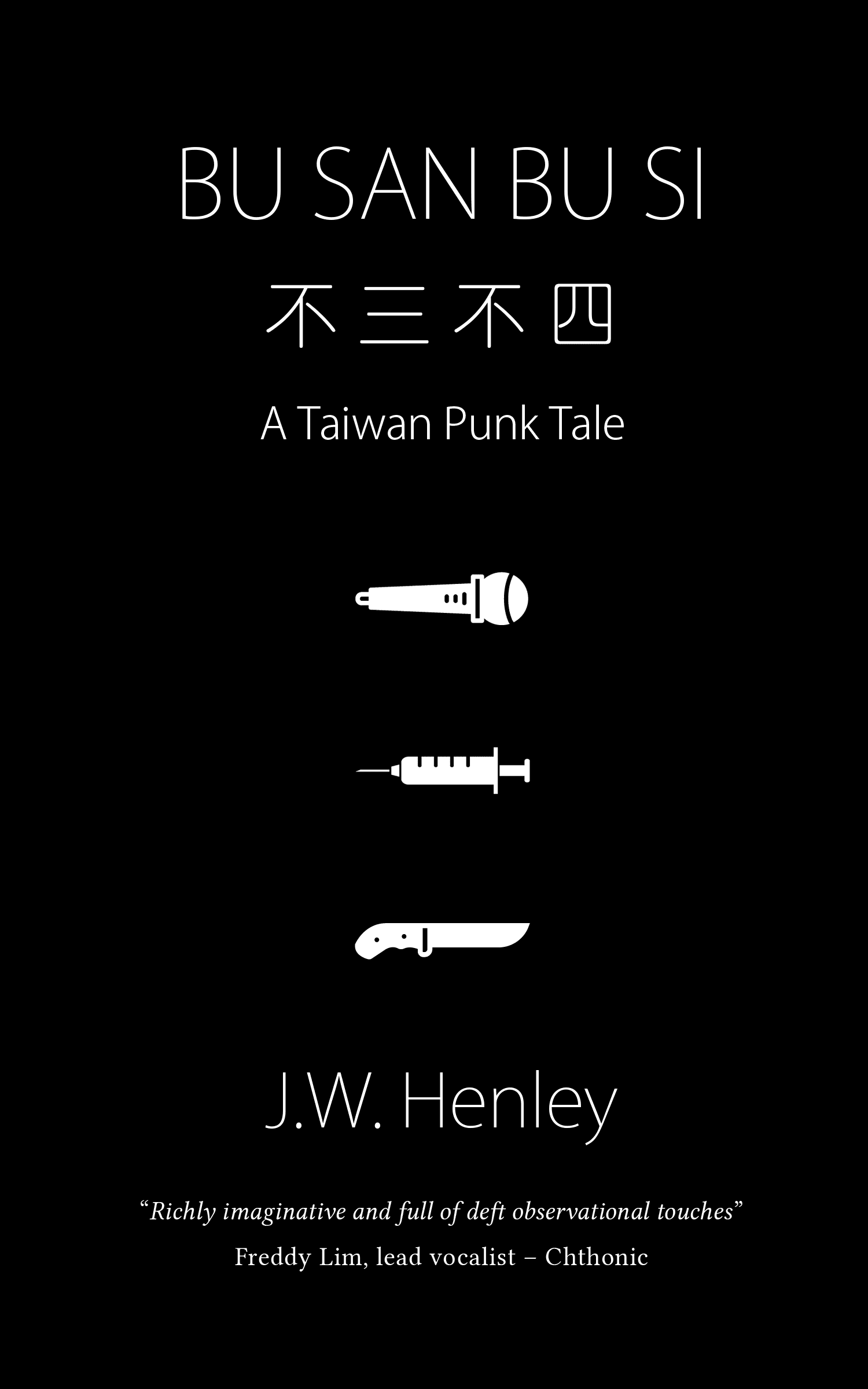 Bu San Bu Si: A Taiwan Punk Tale is a full-length English novel illustrating the lives of Taiwan punks in a very realistic and detailed way. (Photo via Camphor Press)

Taiwan Beats: What do you feel about Taiwanese Music?

Joe Henley: It's very vibrant. It's different here, absolutely because of the political climate. I believe that inspires a lot of punk and metal music.

Besides writing music-related works, you write travel articles as well. After visiting countries around the world, do you think there is any difference between Taiwanese and other places’ underground music?

Of course there are little differences here and there, like the culture and what inspires the music. But what I find is that in every place around the world that I’ve been to, the scene is usually a small group of people, but they are very passionate about what they do. Most people are not doing it for money; they are doing it for love.

What did you learn from the process of listening and writing about Taiwanese punk and metal music?

I never set out to try to become an expert of Taiwanese punk and metal music. I just went to shows and talked to musicians because I enjoyed it and I was passionate about it. I met the guys from Infernal Chaos, Chthonic, and members from lots of different bands. They would tell me some of the meanings behind their songs, and would teach me different pieces about the culture, about the day-to-day life in Taiwan.

When I started to play in bands with Taiwanese people myself, I became friends with them, and they would share their lives with me. They would talk about the difficulties involved in playing punk and metal music in Taiwan, the difficulties between them and their families, such as that their families would say they are wasting time and fooling around with music. I learned all these different things about the scenes and the sacrifices that musicians had to make in Taiwan. Punk and metal music were like my introduction to Taiwanese culture, history, and politics. 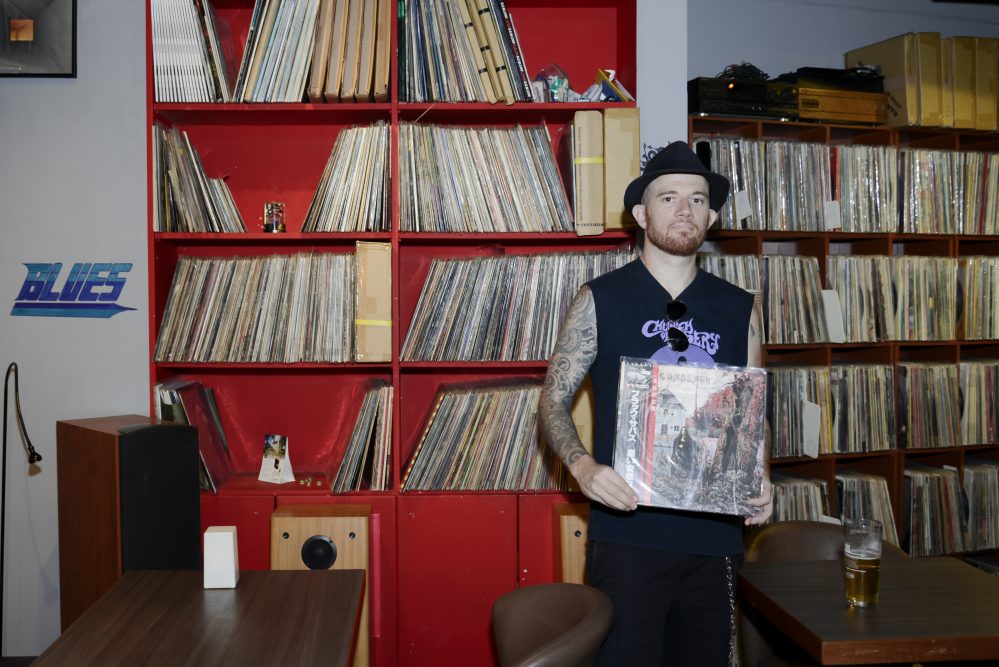 When I was certain of writing it, I had been in Taiwan for about ten years. I had accumulated so many stories from the scene here, and there were some things that I couldn't write on Taipei Metal or Taipei Times. So, I had to keep them under my hat, and I thought that there must be a way I could tell some of these stories. In a fictionalized setting, I could change some of the details, the names and everything around, but still got the atmosphere and the feelings. So, I decided to write a fictional book about a Taiwanese band that would go through the scenes that I had witness and heard through my time being in Taiwan. Though not all of the plots were based on the real experiences, a lot of them came from real things that happened to me or to the people I knew in the scene.

I was hoping to draw people's attention to the scene in Taiwan in a broader perspective, because when people talked about music scene in Asia, they might talk a lot about Japan; for metal, they might talk about Indonesia and Thailand. But Taiwan is becoming more and more on the map every year. I just want to continue that as well. I want to show people what is like here, and show people there is a dynamic music scene happening here as well. Hopefully, get them in curious about Taiwan in general, so they may become more invested in issues, such as political issues, issues of Taiwanese identity. In my opinion, I feel the more recognition that Taiwan might receive internationally the better it could go forward as a country.

While reading the book, I strongly felt that the Taiwanese punk kids are the minority in the society. The poor lives lead them to the misery. However, besides the negative part of their lives, there must be some virtue values and humanity that you want to convey through the book. What is it?

The punks and metal heads in Taiwan are some of the loveliest, kindest, and most warm-hearted people I've ever met anywhere in my life. So, I definitely hope that the book captures their humanity and kindness, as well as their flaws. We are all flawed in our own way, and punk and metal heads of course are no different. They are very passionate though sometimes the passions do beat them into bad situations. And like all artists, they think more with their hearts than their heads.

There is also theme of selfishness versus selflessness in the book, and that's an eternal struggle within people. Do I have to look out for myself only or when do I actually have to put others ahead of myself, and when do people come to that realization, at what age? I think the characters in this book are young, so they haven't come to realize yet.

Being both a writer and a vocalist, how can you strike a balance between different identities?

My personality can be various, so I have all these different avenues that I want to explore. I want to do metal music. I want to do punk music. I want to write. I would like to write scripts. I would like to do films. When it comes to striking a balance......they are all artistic expressions which I think are healthy for anybody. Everyone needs some form of expression. To me, life without that is completely pointless, so I never think about that I have to strike a balance between these things. As long as anything I do with writing and music, life has a purpose. It's not a matter of whether I can do it or should I do it. It's a matter of survival.