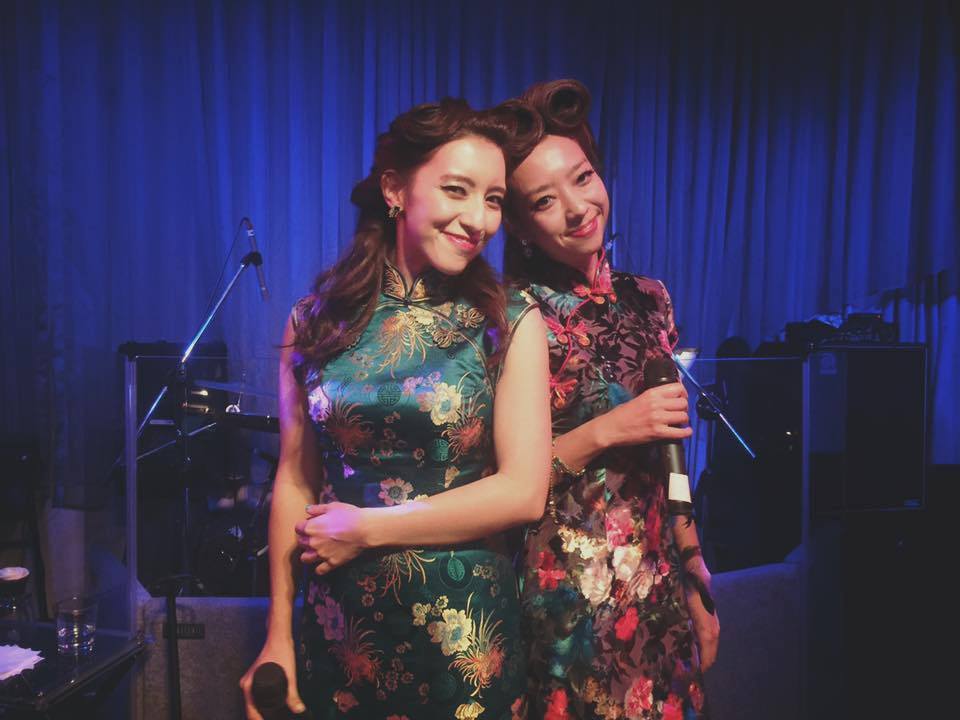 “The Taiwanese music and film industry are very competitive. You have a large number of artists competing for very little income on a small island. Resources are scarce and the population of Taiwan is not large enough for niche markets. If you want to be successful, you need the entire country to know who you are. Add up all those factors and you have an extremely tough and competitive environment.”

Setting the seemingly bleak scene for us is Esther Veronin, CEO of multimedia company Meimeiwawa Multimedia which she set up with sister/pop Lara Veronin in 2013. With extensive experience in the music and entertainment industry, both sisters aim to create a label that according to Lara is “Cosmopolitan, feminine, & artistic on the outside and creative, evocative, & interactive on the inside”.

As a company that wears many hats including film production, entertainment management, lifestyle content and music production, they are intimately tapped into the ongoings of an industry caught in the constant dilemma of balancing commercialisation and creativity.

However, the two sisters have nevertheless strived to differentiate themselves and have their voice heard in Taiwan’s competitive creative industries by taking a feminine and bilingual approach to their content; with Lara referring to themselves as a “matchmaker of sorts whose goal is to seamlessly blend the best of both worlds”. One such way they’ve achieved this is by creating content with an international focus:

“I think our international/global perspective and bilingualism definitely stands out among most Taiwanese entertainment companies here. Despite the fact that Taiwan has made many large advancements in the last 2 decades, it’s still rather Mandarin-centric in terms of ideas and language” says Esther.

The point which Esther puts forth is indeed an important one. Seeing as the creative industries have been one of the Taiwanese government’s main priorities, more needs to be done to push Taiwan’s creative output more resolutely onto a global platform, potentially through the breaking of language barriers. Government Resources Should Put into the Right Place

From observation, Esther states that governmental efforts have made little impact on the creative scene. “Despite the money being poured into the creative industries, I don’t see a shift towards globalization/ internationalization for music and film here in Taiwan (at least in terms of mainstream stuff.)”

“I feel like yes, there is more government money being put into entertainment (possibly following South Korea's lead), but the people that are receiving financial grants are not necessarily the ones with the most innovative ideas or even need the money most, they just have the right kinds of proposals that will get approved.” With Most “Safe” Bets, Creativity and Novelty Suffer

Focusing on Taiwan’s pop music industry which back in its heyday used to be the Hollywood of Asian music, it has sadly seen audiences trickling away fast due to the booming K-pop music scene. So what exactly is causing audiences to lose interest? Well as they say, content is king. Esther speaks to us about how large record companies tend to affect the content of Taiwanese music.

“I think that music that is put out by a large company tends to be much “safer” because they are very careful about their investments. As with most “safe” bets, creativity and novelty suffer. Technically speaking the music is of superior recording quality—better recording, better mastering, etc., but as for whether it’s superior artistically? I would think not. Add the collectivist and conservative Taiwanese culture on top of that and you get music that is very conformist.”

Technology Has a Positive Impact on Music Industry

However, it’s not all bad news. Although the large conglomerates still hold stead in the industry, independent companies such as Meimeiwawa are slowly gathering speed with the help of rapid advancements in technology.

“Technology has actually drastically empowered smaller independent companies. Viral potential achieved through savvy marketing evens the playing ground and enables the best ideas to be seen. I myself was once signed to a major label and am now happily building my own startup with Esther” asserts Lara. Lara is also optimistic about the impact of technology on the music scene. “I think music in Taipei is diversifying more than ever because Internet sensations have made it possible for obscure artists to gain followings and thus influence major labels to invest in less "typically mainstream" artists. On that same sentiment, music on a global whole has become more cohesive than before due to easy access to music from other countries.”

In other words, the coalescing of creative energy (independent artists and musicians) with the right amount of resources (government funding and the support of large record companies) is exactly what is needed to elevate the industry to a more global standard. Add to this an understanding of how to promote their creative offerings to an international market, and Taiwan might just be set to take on the big leagues in terms of creative success. As Lara and Esther have shown, there’s still a long way to go before all the factors of the equation add up. However by persisting with their unique brand of creative energy and catering to an international market, the girls of Meimeiwawa are certainly doing their bit to advance the artistic success of Taiwan’s creative industries, taking it to much greater heights than many have ever imagined.