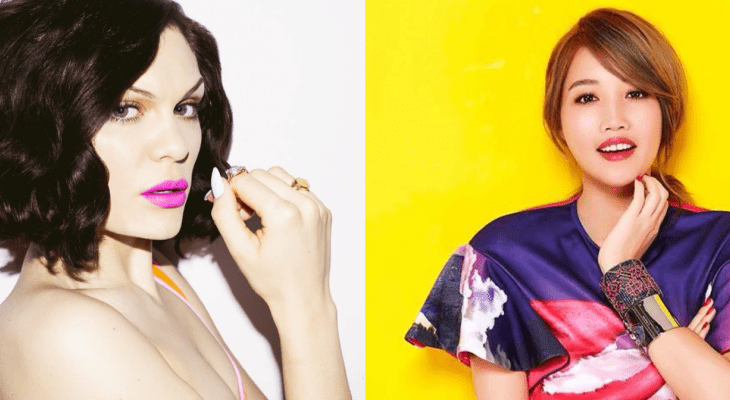 As I’ve continued to dig deeper into ways in which Taiwan music pits itself against competition from the Western music world, I chanced upon this song that has rocked the top of music charts worldwide-Jessie J’s ‘Flashlight’.  Thinking ‘what’s so good about this song’, I decided to do a little review of it to find out exactly why it has 156 million views in comparison to a mere 20 million or so on some of Taiwan’s top hits.

The song started off with simple piano instrumentals that formed the skeleton of the song. Although basic, it used unconventional chord progressions that complemented the melody perfectly. Going from a tentative mood akin to feeling out for something in the dark, the layering of snares and smart use of percussion created a feeling of lightness and widening of horizons in the chorus, perfectly mimicking the notion of a flashlight being turned on in the dark. On the other hand, Jessie J who’s known for her powerhouse vocals showed range and passion in her performance, but could have done with a little more control in aligning her vocals to the song’s intricate dynamics; a sensitive alternating between light and dark. On the whole there was no doubt that there was a certain creative spontaneity; a certain flow to the song which is at times lacking in Taiwanese music. However in critiquing Jessie J’s vocals, I found myself thinking ‘A-Lin could do a better job on this song’. And that got me thinking that maybe, just maybe Taiwan’s music scene still has a fighting chance after all.

When people want an analysis of the industry, they go to the music people-the A & R departments, the producers, the composers, the lyricists. And they usually end up telling us something along the lines of Taiwanese musicians being too focused on technique, the music scene being too commercialised, the sound quality not being good enough. But no one ever bothers to take into account the wealth of vocal talent the industry has. Of course, I can name more than a few singers who wouldn’t be up to scratch. But there is a reason why people enjoy pop music more than classical or instrumental music-because they enjoy hearing the unique voices of others. And one of the reasons I was so attracted to this industry in the first place, was because of all these unique timbres that I had never ever dreamed of hearing in the Western music industry.

A-Lin is just the tip of the iceberg. A powerhouse with immaculate pitch and a versatile range, she has the ability to encapsulate any emotion in just her voice, conquering even the trickiest of dynamics. Lara Veronin, Claire Kuo and Rachel Liang even, have beautiful, Asian feminine voices that cannot be imitated by just anyone in the Western industry, I have never heard any that come close. The list just goes on and on. A-mei’s velveteen vocals that hide a little raspiness, Tanya Chua’s sultry tones, Stefanie Sun’s otherworldly vocals. Although we may not be able to rival their R & B melismatic styles and powerhouse wailing, we’ve got a lot going on in Taiwanese music vocal-wise that they just can’t match. In conclusion, I’d take my girls over Beyonce any day.