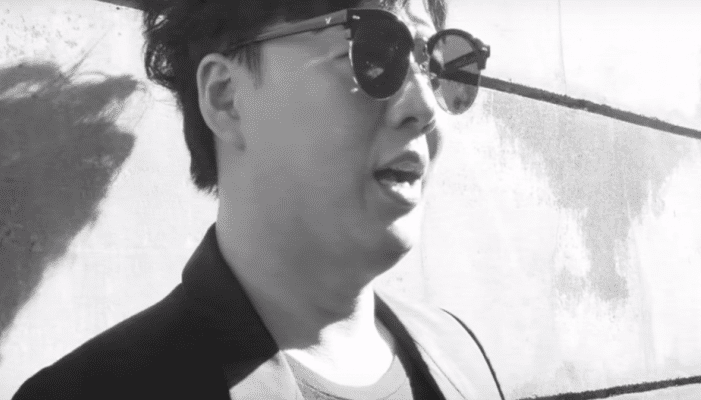 Ricky Hsiao is a singer-songwriter who sings in both Chinese and Taiwanese ─ in Taiwan, not many singers can sing in both of the two languages.  This year, he wins the “Best Hokkien Male Singer（最佳台語男歌手獎）” and “Best Hokkien Album（最佳台語專輯獎）” awards with the song “The Most Beautiful Flower（上水的花）” in Golden Melody Awards.  These days, Ricky finally releases another single “Give Way”, which is composed by him and written by Yao Ruo-Long（姚若龍）.  This song was first recorded in “Dove（鴿子）”, the solo album of Aska Yang released in 2008.  Ricky reinterprets the song many years later, conveying the humble concession in a relationship and the longing for love.

Ricky Hsiao has reinterpreted the song “Give Way” in the Chinese singing competition “I Am a Singer 3（我是歌手3）” this year and the audience were fully touched by the abundance of his emotions.  This time, the song is produced by Ricky, arranged by Yao Hung（洪敬堯）and they have added much string music in it.  They’ve also invited some top musicians such as the senior Taiwanese guitar player Ni Fang-Lai（倪方來）and the cellist Fan Tsung-pei（范宗沛）to join the performance, giving the song different aspects.

Some netizens comment that Aska’s version of “Give Way” will leave you with yearning while Ricky’s version will make you cry.  Which version do you prefer then?