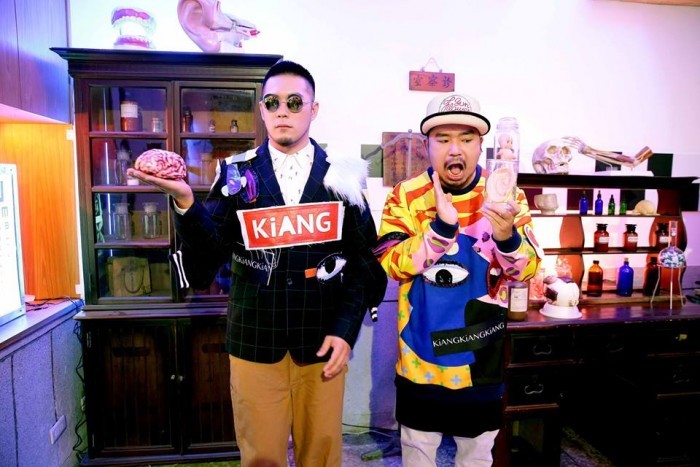 With the “Complacent Spirit”, “OneTwoFree（自由發揮）” is releasing the album “Super Kiang（超Kiang）”on Oct 16th which includes the new and the selected songs

OneTwoFree can always get the spotlight whenever they release a new album.  As five years have passed since OneTwoFree made their debut, they will release the “Super Kiang new songs + selection（超kiang 新歌＋精選）” on Oct 16th.  The new album includes many classic songs of the band, such as “Step Down 3D（3D舞力全失）”, “GYM” and “I Am Screwed（死定了）” coming together with the new songs “The Boy Who Cried Wolf（狼來了）”, “Happy MaMa”, “Hey People Say” and “Kiang”.

“Hey People Say” is a dynamic song written by Ada（阿達）for birthday parties.  The song meets the “play hard without limitation” goal of OneTwoFree and they hope it can be the new joyful song besides “Happy Birthday to You” at birthday parties.  In addition to adding some Taiwanese in the lyrics, they also arrange popular elements in the song such as the dance similar with “Harlem Shake（哈林搖）”so we can not only sing with it but also shake with it.

“Kiang” is the new song they released most recently, with the name hinting that OneTwoFree is following the slang used by teenagers ─ “Wow, you’re so Kiang!” means someone is really complacent about himself.  The music is composed by Adia（阿弟仔）, written by Adia and Ada and the music video is also directed by Adia, which is his first time being a director.  The most hilarious lyrics in the song is “You don’t need your left hand, don’t need your right hand.  This song along can get you high”, which is quite funny and along with the convulsive-style of dancing, it leaves us with great imagination.  They also asked many actors and actresses to dance the “Kiang” dance after they released the music video ─ the song will definitely be another hit.