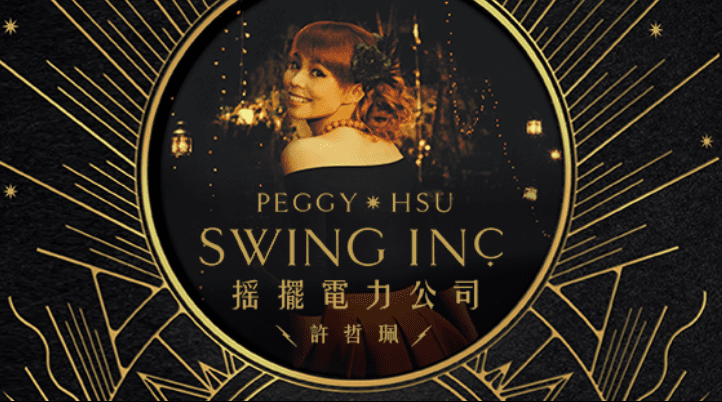 Peggy Hsu（許哲珮）, the singer-songwriter who wrote the famous song “Balloon”（氣球）when she was only 19 finally released “Swing Inc.”（搖擺電力公司）, her 8th album of compositions on Sep 10th.  The album combines many creative music partners who mix swing, jazz, wind music and many other elements together and has brought Chinese composition to a whole new level in a vintage and pleasant atmosphere.

Peggy’s music used to be the style of unrestrained fairy tales, but this time, she asked Xi-Wen Wang（王希文）, the genius of incidental music to be the producer, raising our expectations of the music and stories they will present to us.  The album is also designed by Onion Design Associates（洋蔥設計）, the group that was nominated by Grammy Awards and Golden Melody Awards & Festival（金曲獎）for Best Recording Package last year.  You can thus image the details and the richness in the whole album.

The first single “Midnight Swing”（一起搖擺吧）is made by Oscar（奧斯卡）the composer and Yu-Ying Hsu（許郁瑛）the jazz pianist who won the Golden Indie Music Awards（金音獎）.  They composed the splendid prologue of the album with Ragtime（散拍樂）and the lively marching band style.

Yao, Hsiao-Ming（姚小民）, the lead vocalist of Won Fu（旺福）made some comments on the whole album “Swing Inc. is the first Chinese album with the style of electric jazz.  It’s like Edison lit the bulb.  Peggy has made jazz music electrified and surprised you with her swing power.”