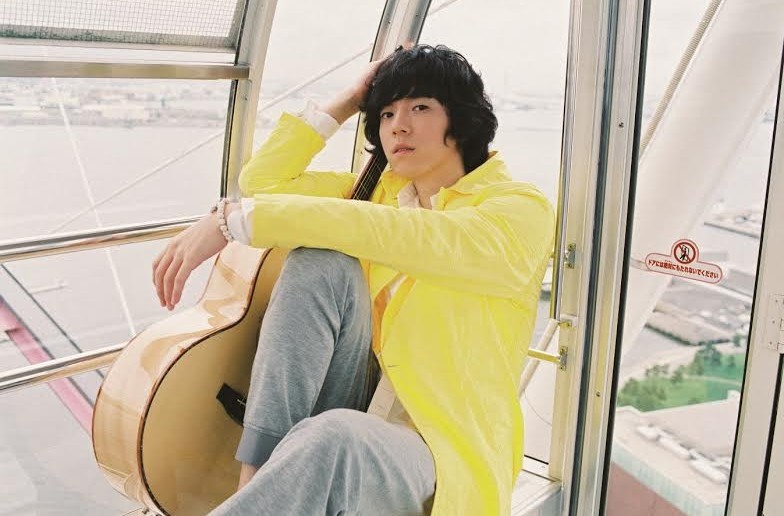 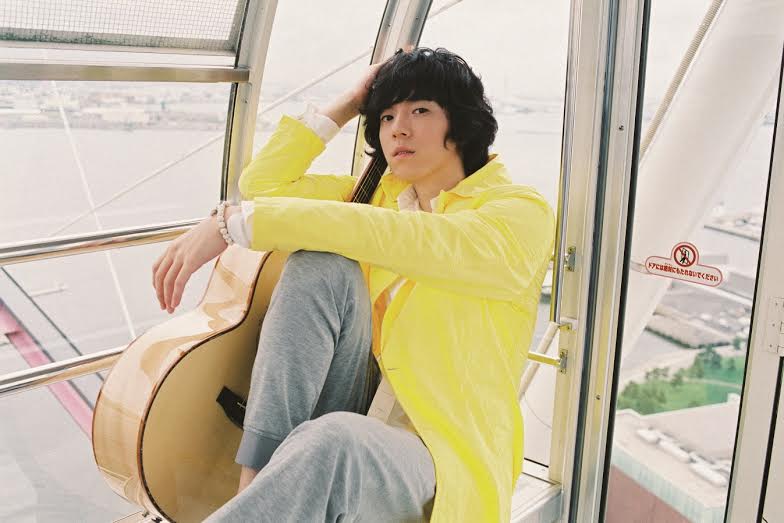 Sitting in front of us is Jiang Zhuo-Jia（蔣卓嘉）, otherwise known as GJ. With a full head of curly hair and a relaxing Japanese-inspired sunny appearance, his innocent looks portray him as a university student and have fooled many. But once we start talking about music, one is able to sense a kind of passion within him that is different from many. The year he turned 15, he saved up enough money to buy his first ever electric guitar, beginning his intimate musical life with his guitar. 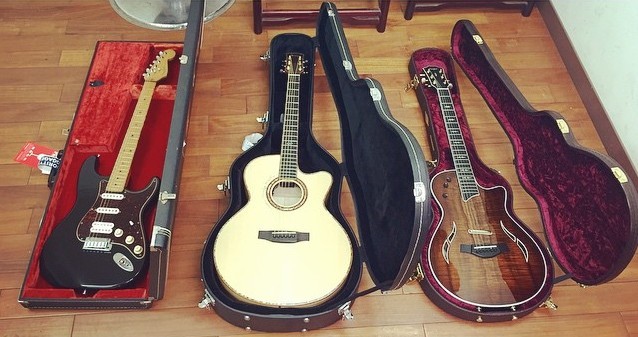 “Now looking back my interest in music started when I was in primary school, when I had music classes although I didn’t know how to play any instrument, but every time the teacher played the piano I would always put my hands on the desk and play along.” Pretty much all musicians have this kind of ‘loving music since young’ genes, this kind of beginning was like the beginning of a fairytale, classic, yet always drawing people in. GJ recalls that because at the beginning of his adolescence he was rebellious, so at 14 he was forced by his father to stay at home and practice guitar, and was not allowed out of the house. “Everytime I heard the key in the door, I would very fearfully pick up my guitar, no matter what I must let my dad think I’m practising.” It seems that ‘liking music’ and ‘practising’ to GJ is two different things altogether.

Along with the passing of time, after playing for a while. His hands grew calluses and the chords were more fluent. Practising and practising, it seems that his practice turned into fruition. “Afterwards I found out that when my teacher was on stage giving speeches all the chords he were teaching I already knew how to play!”. This is GJ’s year eight’s first music lesson, at that time he had already fallen for the magic of the guitar.

But who would have thought, that practice without rest of the guitar would cause his father who had completely supported him from the beginning to disagree. In order to become a better student his father forbade him from practising guitar in the house, hoping that he would spend more time on his studies. “I was indignant, so skipped class to practice guitar, during free study time I would always go to the toilet and not come back”. “I didn’t have a choice, I was too familiar with the music building, I knew which classrooms didn’t have people at which times!” GJ, like a little kid who had done something wrong laughed complacently.

“But the night roads when walked for too long will also cause you to meet ghosts, once I accidentally was caught by the music teacher.” Don’t forget, every fairytale story in midst of turmoil will always have a 180 degree change. In order to spend time practising guitar in school, GJ skipped class to practice and the teacher actually was moved by his motivation, and allowed him to get a signature during free study time to go and practice guitar. That’s right, its just that magical, when you truly want to do something, the whole world will come together to help you.

“Chinese parents all wish that their kids can become lawyers, doctors, all these kinds of stable jobs; although music is not stable, but there is definitely a need for people to make music so that everyone can listen to it. This is also a job.” There is not doubt that music was the pathway for GJ, that was a fact 15-year ofl GJ was confident in.

◎As a person I have principles, and that is to be cool 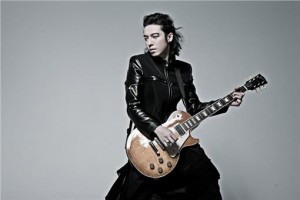 His debut album ’10 faces’ which featured his long-haired rock appearance is completely changed in his latest ‘See you again’ album with his refreshing warm appearance, does his feelings have any contrasts? We assumed that he would have a long emotional talk, but GJ’s logical answer was “I told my company, as a person I have a principle, which is to be cool!” causing us to burst into laughter. Ten difference faces, his first album was named ‘ten faces’ to give GJ the best positioning, “perhaps there are even more, I don’t know, but every kind is all me.” He didn’t forget to add that all these ten kinds of him have one similarity which is ‘cool’. To GJ, other than his most-loved guitar, ‘cool’ is his principle.

Perhaps during high school GJ had already created his  principle of ‘coolness’, but in a different way. “The craziest thing I have ever done was being attracted by a visual rock in high school, taking my sister’s eyeliner and putting on nail polish.” His school days of course would not be complete without the hair, after he graduated from high school he dyed his hair white blonde, got a eyebrow piercing; so hard for us to imagine.

“At that time I was very rebellious, even almost went to get tattooed, wanting to prove that after graduating no one could care about what I did.” But, after a bit of life experience GJ then realized that liking rock was a kind of attitude “of course you can use visuals to tell other people you are a rocker, but I think attitude is more important.” Actually, this type of GJ is even more cool!

“No matter what genre I play in, I will always be a guitarist.” In terms of appearance, GJ’s similarity point is always coolness. In music, his signature element will likewise always be the guitar.

His parents are both passionate about music, and from when GJ was young loved listening to Michael Jackson’s music, and it was under his father’s influence that he began to interact with the acoustic guitar. During his school years he saw seniors playing electric guitar and then realized that other than acoustic guitar there is also rock, mixers and electric guitars’ presence in that moment opened his eyes to a new world and stimulated his rock spirit. “At that time hearing that kind of thrashing, rock rhythm, suddenly there was no way for me not to fall in love with music!” GJ was unable to hold his excitement in.

And when he had just arrived in Taiwan, GJ’s songs were all pure and balladic with the acoustic guitar as its main instrument. You possibly haven’t noticed that he has already written songs for many singers such as Richie Jen（任賢齊）, Eason Chan（陳奕迅）, Freya Lin（林凡）, Hu Xia（胡夏） and Ella Chen（陳嘉樺）. His works such as Freya Lin’s ‘Scared’（這樣愛你好可怕）, Hua Xia’s ‘Forced’（勉強）,Miriam Yeung（楊千嬅）’s ‘Awake’（醒了） all didn’t have band or electric guitar; a simple acoustic guitar instead can be a very simple way of expressing emotions.

Acoustic guitar or electric guitar, GJ just cannot be separated from his guitars. “Of course every single album will have different directions and changes, but every song’s arrangement, every performance, the guitar will always be in the music, of course when songwriting I am even more so attached to it.”, presenting the persistence of a musician.

◎Wanting to sing ‘There isn’t only one’ to ‘her’

Does GJ who is loved by countless fans also have a dream lover? Of course, and it is the lead actress of “16 summer days” Ruby Lin（林心如） who shot to fame after that. Have you seen the drama? “of course, I watched it until I cried, wanting to say that I was Fang Wei De!” Seeing the usually stone faced GJ confessing his love is quite humourous, his honest answers also evidenced he wasn’t just shoving us any name to stopper our mouths.

If there was a chance, what song would you want to sing to her? This is possibly the hardest question asked today, GJ also thought about it for a long time. “I will probably sing…If I understand her well enough…oh~ so hard!” GJ pondered this for a long time, even using a supposedly deep understanding of Lin to analyse. “I think based on her forwardness, probably will like to hear a song with faster rhythms, I want to sing “There isn’t only one” to her.” As a guitarist, if she appears in one of the city’s streets, Ruby Lin will be GJ’s only one; so GJ’s deep love does not just extend to songwriting.

“Riverside voices” GJ & My skin against your skin