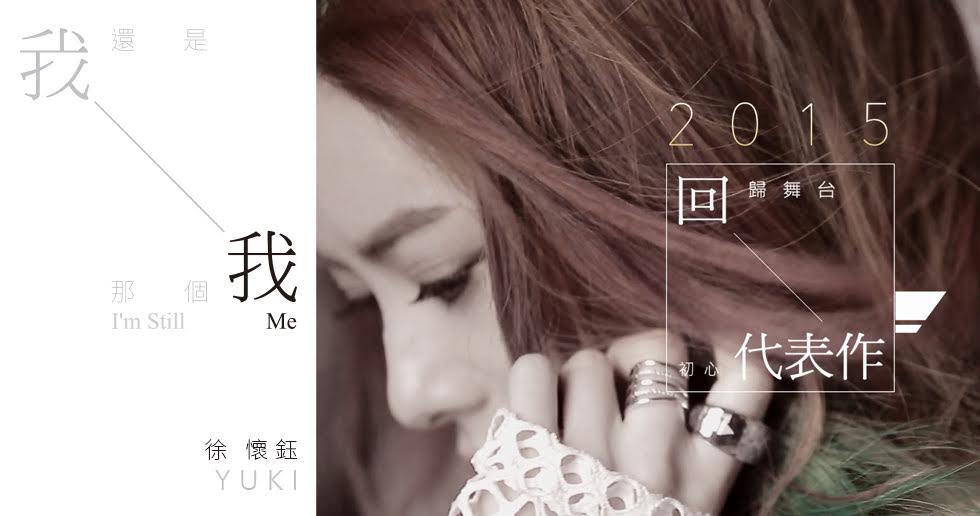 Yuki Hsu（徐懷鈺） will be holding a public concert to mark the release of her new single 'I'm Still Me' and her return to the music scene after more than a decade. 'I'm Still Me' is scheduled for a KKBOX release on Aug 27th. To thank Hsu's fans, her new record company Explore Music will release 1,000 physical copies of the single at her 'I'm Still Here' public concert on Oct 16th. The event will also include an autograph session, which will be the only one held for this single.

Explore Music has stated that Hsu's much-anticipated return to the music scene shall be accompanied by music crafted to the highest of standards. Knowing that Hsu's current image is a blend of gentle maturity and strong character, the company roped in the lyricist Huang Ting（黃婷）, who wrote for the likes of Fish Leong and Ding Dang, to tailor lyrics that are in sync with Yuki's confidence and positivity. The producer for this single is Zhang Jian Jun-Wei（張簡君偉）, an accomplished Taiwanese producer responsible for many of Rainee Yang and S.H.E's best hits. The single will see Hsu combine her trademark upbeat style with a soft rock vibe that exemplifies her new-found confidence. 'The arrangement for this single will reflect the evolution of Hsu's personality and music, allowing her to showcase her all-new, more mature vocals for her return to the stage,' said Zhang.