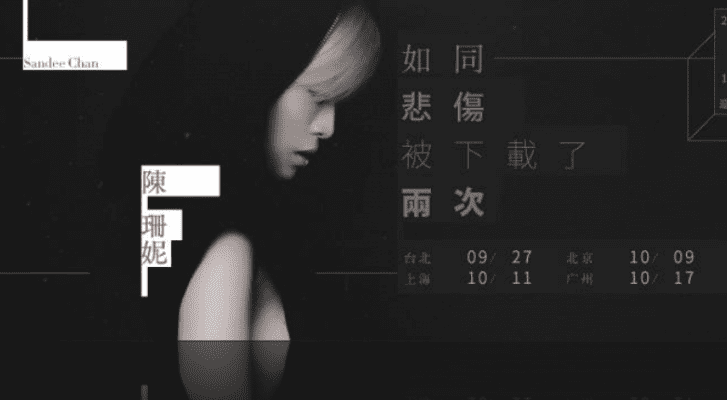 'When Sorrow Being Downloaded Twice', the pre-order single from Sandee Chan's latest album of the same name, is the only song in the album written by her. Said single also features singer Yoga Lin, who is also its composer. And Chan had this to say about the song: 'I dedicate this to those nights spent online, easing ourselves into memories from times past. Vicious words shall but fade into memory, so let us reminisce on the emotions imprinted in our hearts.'