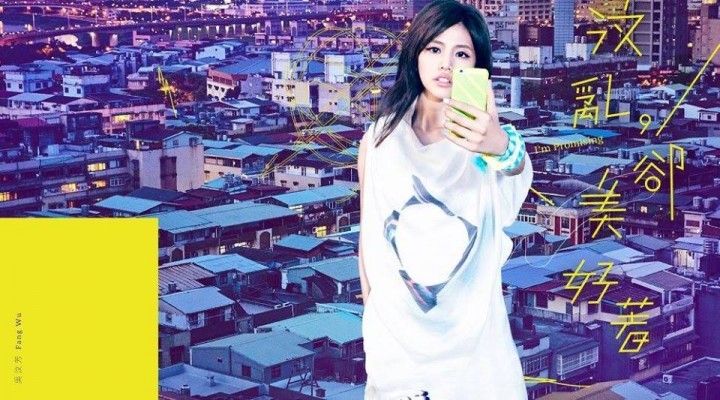 “Chaos, but Beautiful”（汶亂，卻美好著）, the first album composed by Fang Wu（吳汶芳）was released on Sep 3rd.  Beginning her singing career from a talent show, Fang Wu has performed on campus before and now she finally wins her way to the quarterfinal of the Chinese talent show “Duets China”（最美和聲3）, generating even more publicity of her new album.  It took her four years to compose the songs in this upcoming album and it’s totally worth it since it won the first place of “This Hour’s Bestsellers”（CD今日即時榜）of Book（博客來）on Aug 14th, the pre-sale day.

Thirteen songs are recorded in the album, including her greatest hit “Accumulated Loneliness”〈孤獨的總和〉and other popular singles such as “Tomorrow Is Another Day”（凡心）, “Bad Temper”（壞脾氣）and “Where Am I”（我在哪裡）.  Beside these songs, there are also some first-released songs composed by Fang Wu with the mix of psychedelic rock, light jazz and other music elements.

The first single“Accumulated Loneliness”, which is also Fang Wu’s greatest hit, has been the interlude song of Chinese TV series “My Sunshine”（何以笙簫默）and Taiwanese idol drama “The Pursuit of Happiness”（愛的生存之道）, making Fang Wu well-known in both countries.  The song is about the loneliness among urbanites and it is also about Fang Wu’s own story.  She left her hometown, Kaohsiung when she was 19 for her studies in Taichung.  This was her first time to leave her hometown for such a long time and she even taken part in “Super Idol”（超級偶像）in Taipei during weekends, leaving her no time to manage her life.  Looking back to what she has been through during that time, the goche girl wrote “I left my hometown for my studies and I went to Taipei for my dream.  I’ve been through many cities, yet I hardly become friends with the people I’ve encountered in these cities.  It is lonely to be alone.  I still long to be understood.”