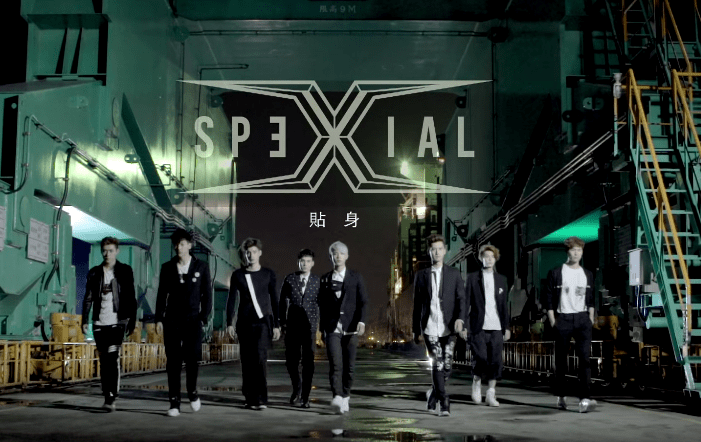 SpeXial released the mini video album “Love Killah” at the beginning of the year.  They became the product endorser for the phone game “Junior Three Kingdoms”（少年三國志）in June and in July, they even produced the single “Sayonara feat. SpeXial” with Hamasaki Ayumi（濱崎步）, the diva of Japan.  With the high popularity they’ve received this year, SpeXial will take the chance to release their third Chinese album “Dangerous” on Sep 11th.

The first single “Love Guardian”（貼身）is produced by Su Tong-Da（蘇通達）, the well-known producer in Taiwan who has made both the lyrics and the song picturesque.  It is a new style of music which combines hip hop with symphony and Su Tong-Da has tried something new at the end of the song, using the retarded dubstep to create the highlight of the song.  They’ve also asked S­ASAKI KO（佐佐木康）, the master of dance in Japan to design the dance of the song.  S­ASAKI KO then made them the magnificent and impressive Salute Dance（敬禮舞）.  With the tall members of SpeXial all line up and salute at the same time, the dance does make SpeXial even more charming and refreshing.