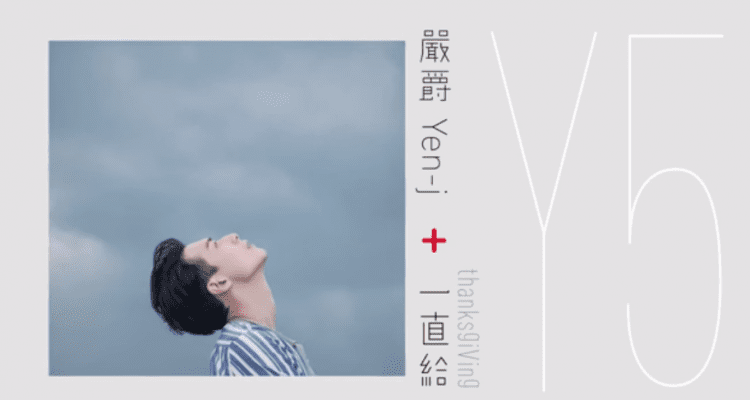 Written in Taipei and recorded in New York with his creative team Team Yen-J, they finished off mixing in Seoul and were left with a total of 220 demos. Out of the 220 songs, Yen-J selected his favourites and ThanksGiving was born, in the hopes of bringing back a concept of something “simple but beautiful”.

The first single “Something” has a tone similar to the word “Sad” in Mandarin. Yen-J expresses how sometimes hard feelings are always hidden to protect the other person from hurting. With a bold attempt in composing a love song using EDM beats, Something turned out to be a work with the warmth of a heartbeat. Classic Yen-J: tender, never too sad, and sweet till the last moment.

The lyrics of his second single “Give” are written by Yun-Nong Yen (嚴云農), an award winning lyricist. The song was composed in Yen-J’s selected EDM/Trap tempo. He hopes the hip hop beat can lend more power to the message of this song – perhaps what we give in the name of love, was never what the other person needed. It is a love song both cruel and real.