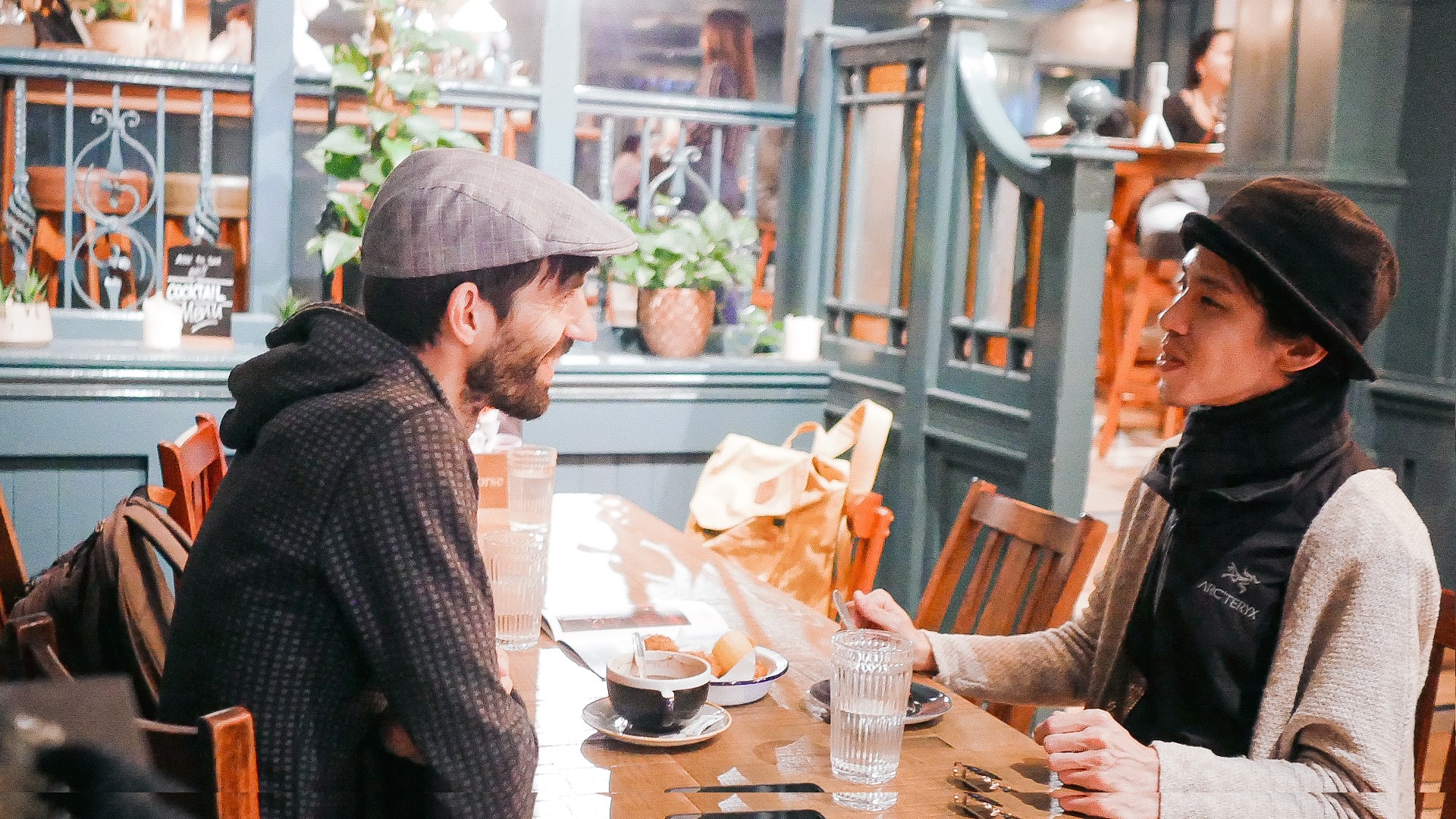 Infinity Sunset Tour - A View From Behind the Drums

Sunset Rollercoaster’s ‘Infinity Sunset’ tour is one of the first major tours by a Taiwanese band since the beginning of the COVD-19 pandemic. In fact, it’s a major tour by any standards.

Traversing mainland Europe, the UK, the US, Canada, and finally Australia, by the end of the year the band will have played 41 dates in nine different countries (10 for any Scottish who wants to count themselves as separate) and with the tour being largely sold out, they will have performed to hundreds of thousands of fans by the end. While it’s easy to look at the tour dates, the countries visited and the audience numbers and get wrapped up in figures and comparisons with other artists, touring is something that is full of logistical issues, funny stories, unusual experiences and unexpected meetings.

During the UK leg of their tour, I was fortunate enough to have the chance to sit down and catch up with Zun Long or ‘ZL’, the drummer for Sunset Rollercoaster. In fact, as it happened on this tour, he was also the drummer for their support act, 9M88, which meant being on stage for the whole night.

As we settled down in a quintessentially English pub in Bristol, an hour before the start of the show, there was a chance to catch a bit of a ‘drummer’s perspective’ on music, touring, global trends and even how the journey all began. ZL shared how for him, entering into the music world was in some way an accident. During his teen years, turned off by academic study, he turned his attention to music and despite starting out playing bass and electric guitar, had been advised by his (very wise) father, that if he wanted to play music, it would be best to learn the drums first.

Without the money to take lessons, ZL found a job in an instrument store and began to use his spare time to practice drumming, something which carried on until one day the drummer of the, now legendary, band Wonfu asked if ZL could fill in for him by drumming for his side project, a band called The Shine and Shine and Shine and Shine.

This was just the break that ZL needed and it was this that led him to get noticed on a scene that he described as ‘lacking drummers’ during those years. Soon enough he found himself as the drummer for six different bands, one of which, was an early Sunset Rollercoaster.

Over the years, as they achieved greater success, Sunset Rollercoaster took over as ZL’s main thing, but that appetite for drumming with different artists and playing various styles remains, and perhaps it is partly that which led him to end up playing drums for this tour’s support act, 9M88.

ZL himself simply suggested that he’s not very good at saying no, but it’s clear to see that beneath his humility is a desire to keep pushing his musical limits, to keep experimenting and keep on collaborating, something which is both admirable and unusual for such a seasoned player. The grueling nature of ‘success’ and the workload that accompanies it doesn’t seem to have dented his appetite for music.

While it is easy to have a dream of fame and fortune with a rock band when one is young, once that has been achieved, there is often something of a hole that is left, along with a sense of ‘is that it?’ I’ve witnessed in many musicians a boredom that arises from ‘success’ and a disillusionment that stems from a sense of disappointment with dreams that have been fulfilled yet are in themselves rather unfulfilling.

When I asked ZL what it was he hoped that Sunset Rollercoaster’s legacy would be, what kind of influence he wanted their music to have, he was both humble and also very personal. He told how after the UK show in Sheffield, he had been called over by the band’s manager to meet a family member who had come to see the show. They were Filipino, the daughter was 13 years old and she was a drummer. Not only that, but she had started learning the drums after listening to Sunset Rollercoaster’s music and being inspired by his drumming.

For ZL, this kind of experience, knowing that his craft had inspired someone from a completely different background, culture and place, was what moved him to feel a real sense of success. On this kind of whirlwind tour, where venues, hotels and transportation can make cities and nations blend into a haze of urban landscape, it is often this kind of personal experience that acts as a marker to make a particular show, a particular city, stand out from the rest. Watching the show, I was struck by the unusual nature of ZL’s drumming style. His almost lazy way of stroking the drums produced a laid-back groove that provided the floor for the rest of the instruments to dance upon, leading the audience to move and sway like ocean waves. This groove, which is unusual in the Mandopop scene, is perhaps what gives Sunset Rollercoaster its unique status as Taiwan’s most popular foreign music export.

Of course, compared to major Mandopop stars, the income, show size and media exposure may not be as high, but something that was different about the show in Bristol was the makeup of the audience.

Having watched arena shows in London from Jolin Tsai, Wang Lee Hom and even Jay Chou, the production is huge, the shows are sold out and thousands of fans are there, but the makeup is 99% Asian. Of course, there is nothing wrong with this, the shows were all extremely high quality and the atmospheres were fantastic.

However, seeing a diversity of different faces, colors and backgrounds all coming together was something that I have not witnessed before at the live show of an artist or group from Taiwan. It is a testament to Sunset Rollercoaster’s ability to persevere with the kind of music that they believe in and it seems to have an appeal that crosses cultural and linguistic bridges.

In fact, ZL stated that one of his favorite parts of global touring was being able to meet and interact with people from very different backgrounds. He even said that sometimes after a show, he is the one initiating conversations with audience members, trying to find out where they are from, what music they are into and even asking them for photos! The sense of wanting to learn, to discover, to mix, grow and blend ideas still lives strong in ZL and seemingly in the band as a whole.

It is this attitude, which if cultivated and protected, will see Sunset Rollercoaster’s influence only grow over time. When I asked ZL what thoughts or advice he might want to share with the next generation of bands, he paused, thought for a moment and cautiously suggested that in a world that is ever more fast-paced, prioritizing speed and convenience over all else, to choose not to chase the latest trend, to choose not to spread oneself too thin, to choose to focus on what you believe in, what you value, this is what gives music longevity.

This is a view that Sunset Rollercoaster seems to embody in the way they go about their music. You can expect them to be around for many years to come.