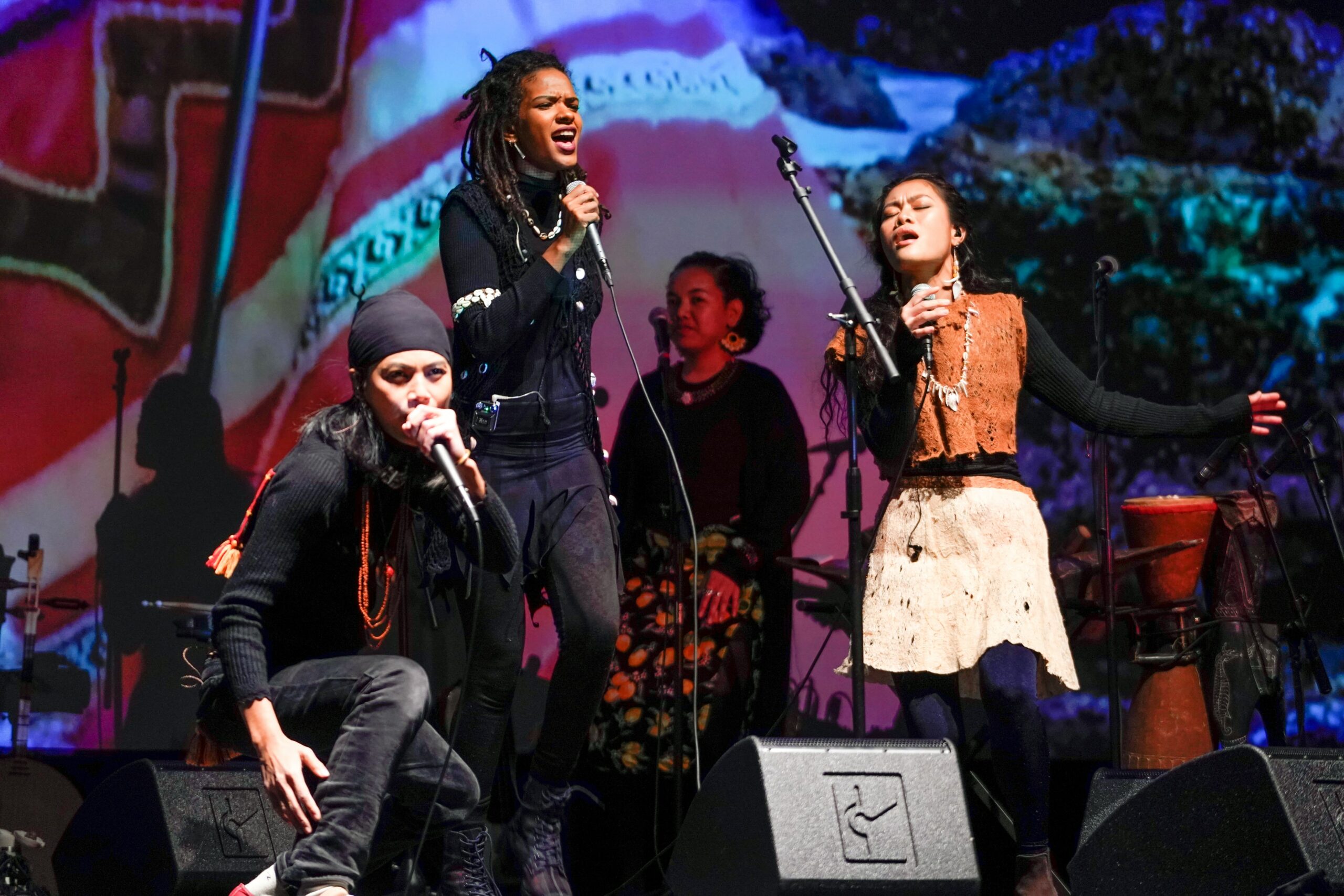 "Small Island Big Song is a musical project to connect the culture of the Austronesian cultural, working with hundreds of famous musicians from 16 island countries, including Taiwanese Aborigines, Easter Island, Tahiti, New Zealand, Madagascar and the Marshall Islands." describes in the official website introduction, and it’s not exaggerating as we look into what the project had achieved.

On one of their musical releases, the second album Our Island, shortlisted for "Best Aboriginal Language" and "Best Album of the Year" at the 33rd Golden Melody Awards in Taiwan after four-month Europe and America concert tour.

The geographic regions associated with music were constructed and commemorated.

Martin Stokes, the Ethnomusicology expert, who has studied how the way musicians in Ireland's Black Sea region play is directly influenced by regional and neighboring cultural interactions, has come to this conclusion – which adds to why the Small Island Big Song team insisted on the complicated way of "island hopping" even personally trekked to the Austronesian Island countries to record and produce their debut album Small Island Big Song.

The principal investigator of Small Island Big Song, Wen Zhen, Chen (hereinafter referred to as BaoBao) mentioned “If the story we want to tell is the relationship between man and land, then these two concepts cannot be separated.” BaoBao jointly with the co-funder Tim Cole quit their job at the end of 2015 when they heard how climate change was having a dramatically impact on the Austronesian Island countries, then immediately departure set off to record in those island nations; It then grew stronger, with more than thirty Europe and America concert tours in 2022.

The words "Co-creation" and "Communication" are quite abstract, as for me, such a touching moment between people and people is what we cherish the most.

"Island" is a symbiotic and sharing concept. If we could also consider the Earth as an Island, would we see its destruction more unitedly?  The aim of Small Island Big Song is not to emphasize what we lost or put someone on the target, but rather, this music will give us the power to change. Sung by the Austronesian islanders who have lived for the longest time and chosen their own terrain environment to perform. This is what we think is the most precious and needs to be captured - the relationship between man and land is revealed through music. There are many female musicians involved in the second album, among whom Putad and Emlyn from the Republic of Mauritius have a really deep friendship because of this tour. And for me, it is the interaction between values and ideology, rather than any interaction between music and performance on the stage. They are also trying to carve out a female path of their own, a road belonging to their culture under the non-mainstream adverse circumstances.

Putad thinks they are simply "twins" born on two ends of the ocean, she said: “She is me, she is  literally the other half of me, her childhood is exactly like mine, including that she was bullied in school, because of her identity.”

The song  "Listwar Zanset" (Our Ancestors) that the two collaborated on is written as a story of rebellion breaking through the shackles of history. And the harmony of full tacit understanding may correspond to the overlapping life experiences of Putad and Emlyn.

During the tour, Putad wrote a song named "Malazhzai" which means to become one. Elements from different countries (Mauritius, Madagascar, Ami, Papua New Guinea) all come together in a cultural melting pot, conveying the same spirit. More than that, Putad also used the traditional Malagasy instrument combined with the unique rhythm only in the island of Mauritius which was performed by her "cross-ocean-sister" Emlyn. They composed 6 songs together.

As with the people of island nations, our ancestors saw the ocean as their path, not as a threat, but in recent years this has not been the case.

Since the ancestors of Austronesia set out from Taiwan and followed the nautical archipelagos and ocean currents to reach the islands, Small Island Big Song was regarded by Austronesia as a precise positioning of a group. This could be verified from a little bit of hiccup that occurs during the interaction of artists from all over the world. For example, during the tours, they were sharing their own culture of hometowns improvising and exchanging the numbers 1 to 10 in their native languages – and the result is also surprising to everyone, these words of everyday life are pronounced very similarly.

Someone once asked me "What kind of music do you play? Aboriginal music? And what about you? Rock 'n' Roll?"

I don't belong to any, music is just music! Why divide it so finely?

When it comes to Taiwanese stereotypes about indigenous music, Putad mentioned “Every moment when we aborigines sing, we are recollecting the voice from the heart, natural as we work, eat, and rest in daily life.” Singing and dancing along with the music is just like breathing in everyday life. However, before Outlet Drift’s "The Lady of Ocean" has won the "Best Indigenous Language Album" of the 32nd GMA, she claims that even the elderly of the tribe are inapprehensible or even accept this rock and roll style music, and furthermore, being accused of "the son of devil".

At the end of the interview, when we talked about the next step of Small Island Big Song, BaoBao indicates that the 3 years will be full of intense schedules since the year 2025 marks the milestone of Small Island Big Song’s 10th anniversary. The plan continues to tour worldwide with their new album to Europe, Australia, and other countries, then the final stop: HOME TAIWAN. In the meanwhile, a larger theatrical performance is preparing to bring the story into the original concert, and to promote the diffusion of Austronesian culture world-widely.

Small Island Big Song was initially lack of resources, however, through founders BaoBao and Tim Cole, they jointly built a unique ethno musical region exclusive to the Austronesia and the two oceans (Indian Ocean and Pacific Ocean) from "general affairs" such as fundraising, participating expositions, contacting musicians, concluding contracts and setting up websites.

Hundreds of musicians from different islands were involved since the project started, and they weaved a new geo-political Austronesian community by their native language and traditional instruments. Through countless improvised or non-improvised sessions, by common memories of ecological disruption, cultural loss, and racial discrimination shared with indigenous communities worldwide, the albums Small Island Big Song and Our Island has successfully presented the project‘s concept through touring the world.

According to experience shared from BaoBao and Putad, in terms of planning and artistic level, the project might be role models for the Taiwanese musicians who aspire to outreach from local to the international stage, they are a template worth imitating. As Putad said with a smile “The practice method is to absorb, absorb, absorb endlessly, stay foolish, in the end, I am still I.”

As far as Small Island Big Song is concerned, the result is not the most crucial part, but the entire project is to build a cultural ecosystem. Imagine as if each of us is a tree, and when we gather together, it eventually becomes a lush and endless forest, which invites more people on the periphery to walk in and participate in spreading Austronesian culture.