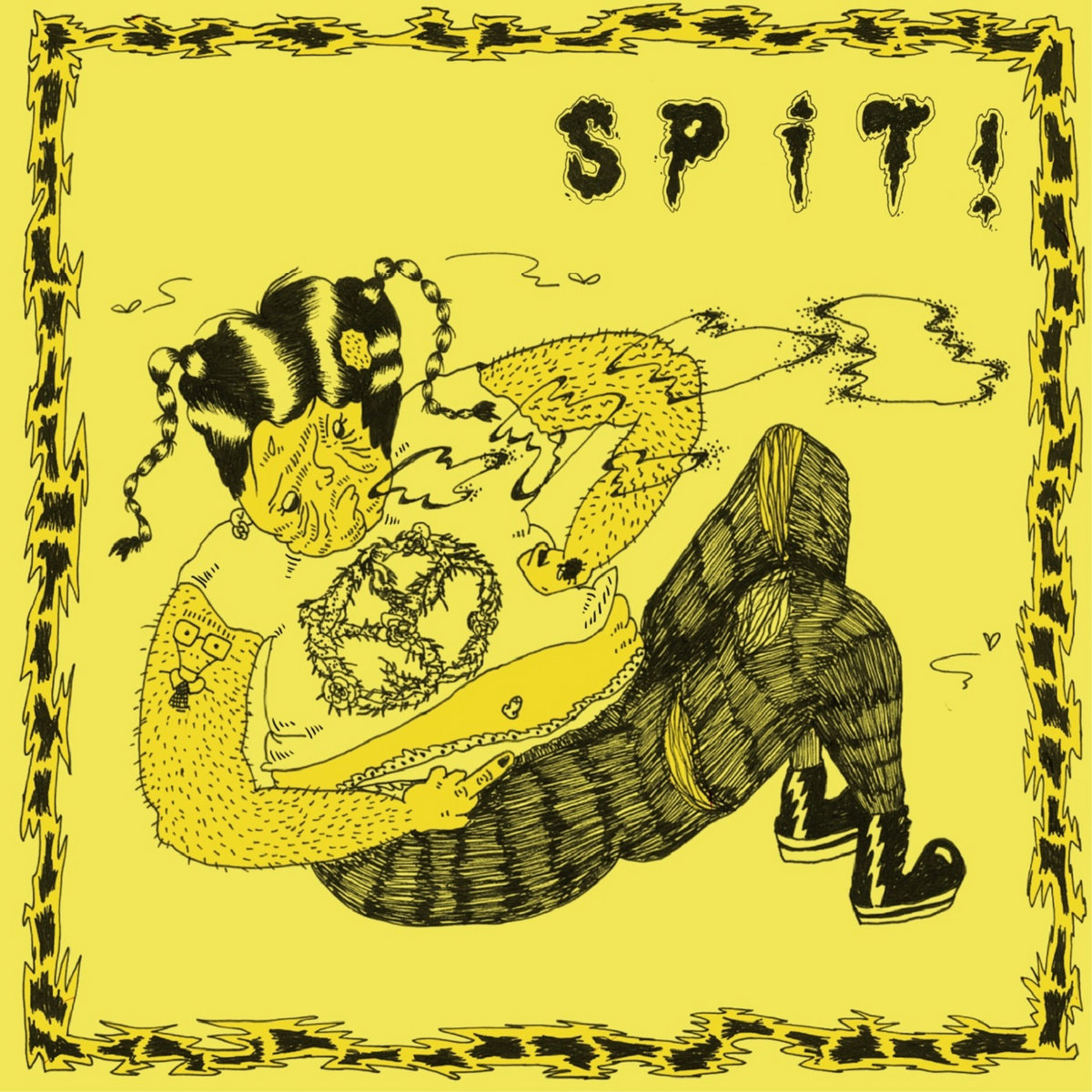 From the moment the feedback-drenched intro fades in, you get the sense that a veneration for the history and visceral anger of old school hardcore flows deep in the veins and salivary glands of SPIT!, the Taipei quintet announcing their presence to the world with their self-titled debut.
In the vein of regional punk and power violence powerhouses like SLANT and global scene progenitors such as Siege and Dropdead, SPIT! set out to deliver 18 minutes of sludge-tinged fury on an album six years in the making.

The band was formed in 2016 by three veterans of the Taipei punk and grindcore scene, hailing from bands such as Selfish Sucker, No Order, and Stench of Lust (Pei Gen on guitar/vox, A-Pun on bass, and Chris on drums). A couple of years later, lead guitarist Vince Chang, an original member of long-running Taipei metal/punk thrashers Bazooka and also of Touming Magazine, a Fugazi-esque indie/post-punk outfit, easily among the most popular indie bands in Taipei’s 2010s era, came on board, followed by vocalist Tina.

Over half a decade of rage and intent spread over 12 hyper-focused tracks of pure, pinpoint intensity hit harder than perhaps anything in the history of Taiwanese punk to date, and that’s no light statement given the pedigree of each of the members and their previous output.
Tina’s haunting shriek tears through a mix that’s just the right amount of raw, her pointed lyrics a mix of English and Mandarin. The drums reverberate with that in-the-room feel. The album carries the weight of being in the rehearsal space or in the pit on the cramped second-story floor at Revolver as the band tears through a live set.

From track to track, SPIT! moves seamlessly through its varied influences, from the straight-forward hardcore and D-beat of “Kill My Womb” to the pure power violence of “Judas Kiss.” Here and there Vince brings in reverb and delay-laden leads that wouldn’t feel out of place in the middle of a Dope Purple or a Sleaze (湯湯水水) jam. On “How Dare You,” the band flexes its craft, switching up styles from Poison Idea punk to New Orleans sludge a la Eyehategod.

This is the kind of skill that only comes with several years of woodshedding and jamming together, figuring out where all the pieces fit and having honest conversations about what everyone brings to the table—all the dirty little likes, dislikes, and guilty pleasures. Rage is all well and good, but without focus, it can come off as sloppy and aimless. With their raw, low-down and filthy debut, SPIT! have taken careful aim, and hit the target dead center.