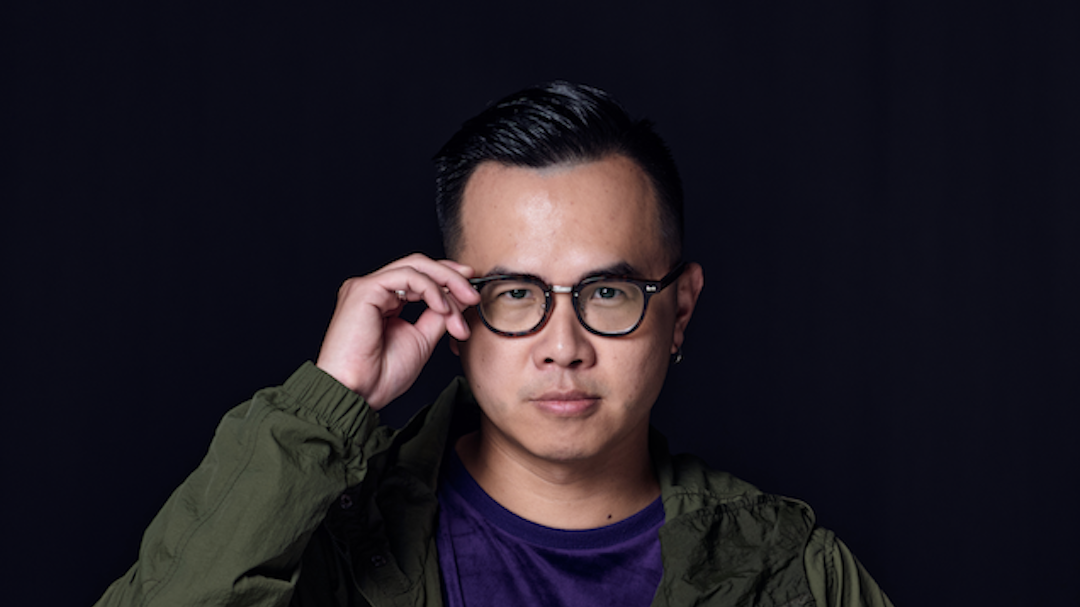 Pushing The Envelope: Producer Derrick Sepnio On His Journey In Mandopop

Amidst the Covid-19 pandemic, Taiwan, like many other places, has been in a state of partial lockdown in recent times. For many people based here, the prospect of travel has never felt so far. For producer Derrick Sepnio, who is usually based in Hong Kong but has been in Taiwan for the past 17 months with his family, the pandemic has provided an opportunity for one of the most productive periods of his career.

“The funny thing is that I've worked on the most music ever this year,” said the 35-year-old producer and musician.

“Before this, I had to tour and produce and arrange, and I haven’t had much time to write songs. I only write songs when there is a need or request. Now, I’m making one beat a day while at home. I used to always complain that I have no time to practice my guitar, and I guess I also got to do that this year.”

It has been a prolific year for Sepnio, who worked on the jazz album The Adventures of Pie Boy alongside musician Terry Hsieh under the band The Spice Cabinet while on quarantine last year, which has recently been named among the Top 10 Albums of The Year in the 14th Freshmusic Awards.

He also released a new single “XXIII” last week, an instrumental track inspired by his idol Michael Jordan and the documentary mini-series surrounding the basketball player which was released last year.

On the single, Sepnio works with his frequent collaborator Fergus Chow, as well as renowned jazz guitarist Lawrence Ku (顧忠山) and New York-based saxophone and flute player Alex Cummings. The track will also feature audio engineer Julian “J3PO” Pollack, and is mixed by Sepnio’s favorite mixing engineer Michael Brauer, whom he reached out to via email while working on the single.

Born in The Philippines to a Filipino-Chinese family, Derrick Sepnio was exposed to music at a young age. Growing up, he would often hear Chinese oldies being played at home by his mother, while his father preferred English music, giving him a bilingual exposure to the musical world.

His first foray into music as a career came when he was 16 as a student in Toronto, where he took up a guitar course and ended up topping the class. Recognizing his talents, Sepnio’s teacher had asked him to continue helping out in class the next semester as a teaching assistant, and even suggested that he can pursue music as a full-time career.

Sepnio started to play in a band named Speed of Service, and when the band disbanded, he enrolled himself into Canada’s Metalworks Institute, where he majored in studio production, learning about audio production and serving as a studio intern.

At the same time, he was playing gigs at several Asian restaurants, casinos and shopping malls, where he began to be exposed more to Taiwanese Chinese oldies from singers such as Teresa Teng, bringing him back to the music he was familiar with as a child.

While he got a full-time job working in a studio in Canada, Sepnio was looking out for opportunities elsewhere. In 2011, he was faced with a choice to either move to Los Angeles or Hong Kong, where his family was, to further his musical career. With the introduction of his old friend Fergus Chow, who had moved to Hong Kong a few years earlier, Sepnio made the decision to return to Asia.

“When I arrived in Hong Kong, I thought I was going to be a producer or mixing engineer. But my first gig turned out to be playing for Sandy Lam at her gig in Las Vegas. Someone gave me a call one day and the next day, I was flying to Vegas and playing in front of 10,000 people,” recalls Sepnio.

Differences in Culture In The East And West

When he first arrived in Hong Kong, Derrick Sepnio found himself in a culture shock, despite having a comfortable inner circle of friends.

“I was kind of like a chameleon when I first moved back to Hong Kong, and had to survive anywhere. I took a short time to get accustomed to the culture because I was lucky that most of my inner circle were also people who grew up outside of Hong Kong.”

“Friends like Fergus (Chow) and Khalil (Fong) were all influenced by the West, while Fergus grew up in Toronto, and (drummer) Jun Kung grew up in New York. However, when I am dealing with local people, it can be quite different in terms of etiquette and the way they do things.”

In Taiwan, Derrick Sepnio has worked with the likes of A-Lin, Jia Jia, and Matilda Tao, making his first steps into Taiwanese music through his work with Khalil Fong. He is also a frequent collaborator of producer Arai Soichiro, playing the role of guitarist and arranger for all the albums Soichiro produces.

Among the albums he has worked on in Taiwan, Sepnio counts ABAO’s vavayan as one of the most memorable, as it was produced in a way “that I’ve never done music before.”

“Usually when I receive a piece of music that has been written, there will be chords to work with. On this album, the songs I received only came in vocals and drums, and I had to arrange the rest of it.”

“I thought that this would be hard, but it turned out to be the fastest album I had worked on. I had about four to five songs to arrange, and I remember clearly that I finished everything in only two days, which is so rare. Afterwards, we went to Beijing for seven days to record the album and it was a great time.”

The album, which was the first indigenous music album that Sepnio has worked on, also landed him a nomination at the 2017 Golden Melody Awards for Best Arrangement alongside Fergus Chow and Arai Soichiro for the single “izuwa”, which took him only 30 minutes to arrange.

“When I grew up listening to Mandopop, Taiwan has always been at the forefront, with people like David Tao and Jay Chou bringing new stuff to the table. Taiwan is still kind of doing the same thing, it’s more advanced in terms of taste compared to the outside world.”

“There are a lot of indie bands here which are super interesting. I was a judge last year for the Golden Indie Music Awards, and I was quite blown away by some of the bands I had heard, such as this metalcore band called Future After A Second. I don’t usually listen to that kind of music, but based on what I’ve heard, this was definitely international standard for me. Another band that I found was super cool was YELLOW, which plays a blend of neo-soul with Japanese influences.”

The Future for Derrick Sepnio

Having spent a decade in the Mandopop industry, Derrick Sepnio admits that he harbours dreams of making music elsewhere one day, having been heavily influenced by Japanese musicians such as Utada Hikaru and Seikima-II when growing up.

“Working in other industries in the future has always been a question for me. A dream is to get a placement in South Korea or the US. My life over the past ten years has always been to fly around and play gigs. While I have the connections, I don’t yet have a big motivation to try and get a placement in other industries. Maybe because I’m still here and I want to do more here. I still want to contribute more to Mandopop, but in the future I do want to work on other music.”

“I like the Mandopop stuff that I’ve been doing, and I want to keep pushing the envelope within the framework of Mandopop.”