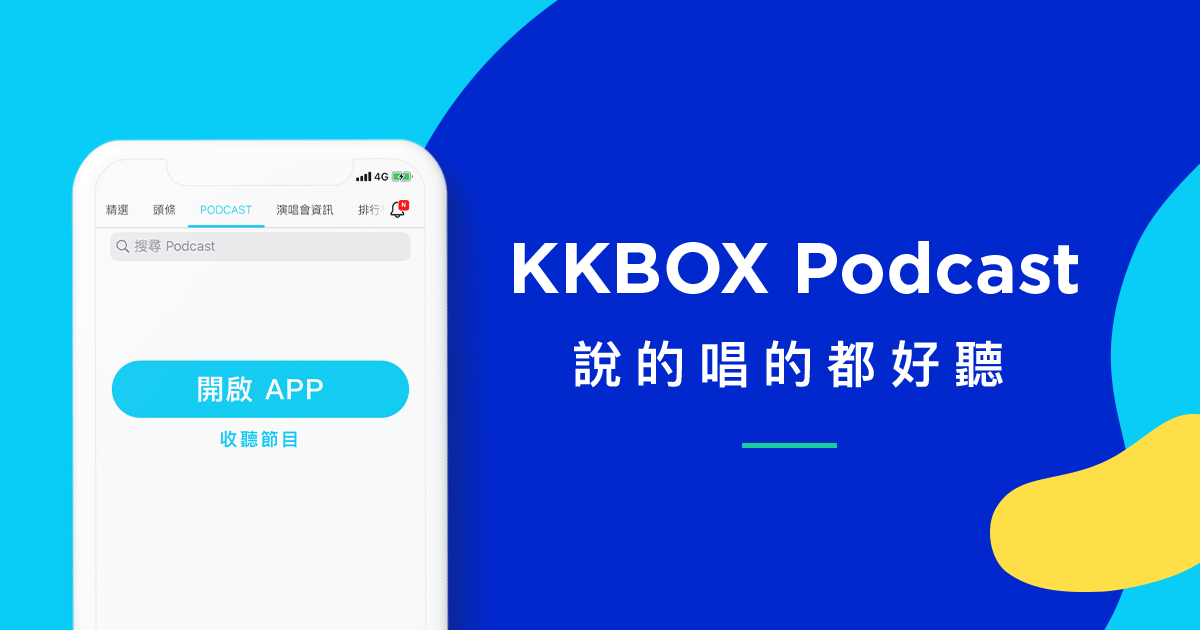 It is time to spice up your podcast experience with some non-DIY music. Taiwan-based music streaming service KKBOX now allows podcasters to add licensed tracks into their shows from its catalog boasting over 70 million songs.

It only takes a few taps to make magic happen:

1. Choose an uploaded or published episode.

2. Drop a split point.
3. Choose the track you would like to add from KKBOX and save. Voila! Your music-blessed show is good to go!

Technically speaking, podcasters are not really creating music-included episodes. Instead, they are creating playlists mixed with talking segments and songs, meaning that music streaming revenue for artists will remain unhurt. Since the legal complexities of copyright licensing in music reproduction are unlikely to be untangled anytime soon, at least for now, all tracks must be added in their entirety. And here is the catch: full tracks are only available to paying subscribers of KKBOX. Non-paying guests can hear 30-second snippets, and no music is available when the episodes are played on other platforms.

While the concept and mechanism are almost identical to the music-adding feature Spotify and Anchor launched in October 2020, KKBOX believes that it has empowered its users with more freedom and capacity. “With Anchor, using the feature in sponsored shows and playing tracks back-to-back are not allowed. And there is a minimum length required for segments between ads and music. We don’t have those restrictions.” explained Chia-hung Huang, president of KKBOX music business.

While listening to a podcast episode, users can clearly see that it is divided into several parts with songs inserted in between.

The use of music had been a long-time struggle for podcasters. Since music licensing always involves a complicated network of copyright holders and often daunting costs, most audio creators had no choice but to leave all music-embedded creative ideas aside.

It is not surprising that when KKBOX launched its podcast section in August last year, music licensing was immediately one of the most requested features.

“When we exchanged ideas with podcasters, many of them expressed the desire to play music in their shows,” said Huang. “Meanwhile, music creators were worried that people would switch to podcasts and stop listening to music. So we decided to look for ways to bring podcast creators and music creators together to enrich our audio content.”

The new feature launched at the end of May has already received positive responses. In a show about this year’s Golden Melody Awards (the equivalence of Grammy Awards in Taiwan) nominees, 9 nominated tracks are added to give listeners a more holistic and immersive listening experience. Elsa Ke, content marketing senior manager of KKBOX, noticed that in addition to podcasters who had always been eager to use music in their shows, “there are also creators who became interested in producing music-related shows because of this newly unlocked feature.”

Huang has high expectations for the win-win effects brought by this move. “We are already seeing new podcasts featuring music from southeast Asia and Scandinavia to promote lesser-known music among listeners in Taiwan. We aim to make localized content heard, bring it to different countries and regions, and let people from different language and cultural backgrounds hear something refreshing. This is what KKBOX wants to achieve.”

NFTs to the Rescue of Music
See More