20 years ago in Taipei, you couldn't easily obtain certain music releases. DJ Mykal wasn't yet a superstar producer, music label honcho, boutique owner, and legend of the nightlife party scene in his hometown. He was and is a digger. And like any good digger, he figured out a way to source the music he liked that was hard to find. The major music stores at the time didn't cut it when it came to the 12-inch vinyl DJ Mykal was thirsty for. His record store/boutique in Taipei, [email protected] Records, stands for "Mykal and Music." It's a simple but accurate description of how things got started for DJ Mykal and a guiding principle of what he is all about. Adding street fashion, concert ticket sales, and other elements of underground culture just came with the territory. Self-promotion is only a part of the equation of his music career, which also includes bringing international DJs to play in Taiwan, music journalism, and curation, to name a fraction of the roles he has played in a seemingly endless list of accomplishments. Mykal speaks to the point: "Actually, the concept is quite simple: I just want to share what I like."

A pantheon of electronic music artists owe their first (and sometimes only) appearance in Taiwan to DJ Mykal’s desire to see them grace the stage and bring the sounds of breakbeat, dubstep, drum & bass, electro, and countless other subgenres to the eyes and ears of local fans and people who never had the chance to experience the culture that burgeons in other corners of the globe. He continues to pioneer and spread like sonic waves the musical trends of a generation. Of all the acts he has been responsible for bringing to Taiwan, Andy C is a standout. "Drum & Bass has always been one of my favorite subgenres of electronic dance/club music, and Andy C was definitely the number 1 Drum & Bass DJ to me in the early 2000s," Mykal said. "Back in around 2006, I was a resident DJ at Party Room. It was a club in Taipei. That was the first time i invited Andy C, and that was the first time he came to Taipei…"

But really, the rich tapestry of history behind DJ Mykal starts even earlier than all of that. "When I was in college, I worked at Rose Records as a buyer for 3 years. It was my first step to get into the music industry. Then I started to write music reviews, worked for Warner Music Taiwan and started my DJ career a couple years later."

As a bastion of underground culture's roots and the uncertain current status as it stands in Taipei, [email protected] Records shop maintains a steadfast vision with only Mykal at the helm. Not much has changed over the years: "I still want to share music with more people. Last year, the shop reopened. The only thing that changed is: now, I don’t import 12-inch vinyls. Most of the vinyls are (LP) albums. Now, I think at least 80-90% of Taiwanese DJs don’t play vinyl."

"I first started to get interested in fashion in the late 90s because of James LaVelle. His label, Mo' Wax. That was my big inspiration. The designs of their records were done by graffiti artists. The music, street art, and street fashion all crossover. That's the most important inspiration for me to get into the fashion scene. Especially when UNKLE released their first album, Science Fiction, in 1998. At the same time, James LaVelle did a collaboration with Bathing Ape to release a series of crossover items. The Science Fiction album was released in Japan with another album design. I really love UNKLE, so I wanted to know why there was another version of the album design. I checked the album liner notes and I know the album cover was designed by Scathing, he is the key person who designed Bathing Ape camo. That’s why I love fashion after that. You can see the fashion design was inspired by music, and the music is inspired by the fashion both ways."

Prior to co-founding ROKON Records, a subsidiary of ROCK Records, Mykal was exposed to a high volume of new talent, which got him contemplating that starting his own offshoot label was the way to share a new wave of artists worthy of a larger audience. In 2016, ROKON Records was launched as a groundbreaking electronic music label in Taiwan.

"I know many talented young people. They can make really good music, but maybe they don't have much of a budget for production. So that's why I want to share their music with more people who might be interested. These talented young people can have more money, more opportunity to share their music. That's why I wanted to start this label. At the same time, I was signed by Rock Records, that's why I have the opportunity to start this label."

With the help of his partner, Yen Yun Fu, co-owner of Rock Records, DJ Mykal had all the tools and resources at his fingertips to make it happen. Artists like Dizparity, NekoJam, OVDS, The Girl and The Robot, Sonic Deadhorse, CHIU PI, Utopia, and dozens of other artists on a handful of compilation releases. The management is handled by his partner, and Mykal acts as an A&R and wears other hats as needed.

"Freedom. It's quite important. People in Taiwan have the freedom to do whatever they want, so they can show anything."

"The management, marketing, and production is more based on the artists. What they want to do. Who they are. When it comes to change, it's more about the recognition in the market. Running a label based on electronic and dance music is very different from managing a mainstream or pop label. It's changing very fast, so you have to change your mind to match your fans needs." He compared the struggles of developing a market for electronic dance music to the reception of rock and roll in the 90s and early 2000s.

With that in mind, the latest single from DJ Mykal is a collaboration with Taiwanese rock icon Wu Bai. The concept is to combine rock and electronic music to introduce the sound to people who love Wu Bai for his lyrics, guitar prowess, and overall swagger and give them a taste of DJ Mykal's production. Wu Bai already has used some elements of electronic music in his own previous work, but this track is a full on banger with the chops and the clout to back it up. "Reborn," is a one-off single that pairs up the two powerhouses of Taiwanese music operating on different ends of the spectrum overlapping to create something fresh and innovative.

DJ Mykal first met Wu Bai back in 1999, when he interviewed him for the album, White Dove. After that, they did a couple more interviews. Wu Bai liked the style of his writing, and eventually reached out as a fan of DJ Mykal's music after the Summer Universiade in 2017. Wu Bai sent him a signed CD, and a personal message. A mutual respect and admiration was established.

"My DJ style is always rock mixed with EDM. I want to have a new single with this rock meets EDM style. Wu Bai is like a mentor for me... In one interview, he mentioned David Bowie's Earthling album as one of his ten favorite albums of all time. That album is rock with electronic dance music." The inspiration for the single was sparked in part by Adam Freeland's remix of Wu Bai's song "Li Hai."

"The first demo was finished in late January, after the Lunar New Year. I spent two months to make it. The first version was rejected. But after the demo was rejected, I suddenly totally understood what I should do. When I first start to make the first demo, I was thinking too much... What I was thinking was how to find the common ground, so everyone can understand and bring a new sound to common people. When I think too much, the arrangement is too complicated. (So) I just went back to my original idea from when I first heard the demo. I just needed to show my passion from the impact of hearing it for the first time. There was an easy way to show that. The first demo took two months, but the final version took two days."

When asked about his approach to DJing in different club or festival environments, DJ Mykal harkens back to his first time opening for a major act when The Prodigy came to Taipei. "The Prodigy is also my big inspiration. That was a big opportunity for me. But after the opening I was thinking a lot. Because before that I always thought that no matter if it's a big party or a small one, I just have to go on the stage and show who I am. But after opening for The Prodigy, I understood that if I have another chance to open for this kind of big artist I need to think about what I should do to let more people understand who I am. It's different. At my own party, the people who come already know who I am. I can do anything I want. Opening for a big artist is a different story. It's kind of like my approach to ROKON. If you want to reach more people, a bigger audience, you need to think about things in another way."

DJ Mykal did us the honor of creating a playlist of some of his standard Taiwanese tunes that he mashes up and includes in his live performances. He included his new single with Wu Bai, followed up by the previously mentioned Adam Freeland remix Edited as a mashup with The Prodigy's classic "Smack My Bitch Up." It also features some of the artists on ROKON Records, so if you're curious what the haps are in Taiwan's electronic music realm, let DJ Mykal be your well-trodden guide.

As for how the corona virus affects the party scene in Taipei, since it's on everyone's mind. The bigger issue coming to light is foreign DJs not being flown in to play shows, and the dynamic between local and international DJs and electronic music. Looking back with the seasoned eyes of a veteran, Mykal posited, "One of the biggest struggles came around 2004. Because of SARS, the club Spin got shut down. Spin was one of the legendary clubs in Taipei and also where I'd been resident DJ for almost 8 years. At the same time, it also affected the record label that I worked for and my record shop. (The Taiwanese) Music industry got really bad at that time." The outlook this time isn't so dire. It's ripe for being "Reborn!" 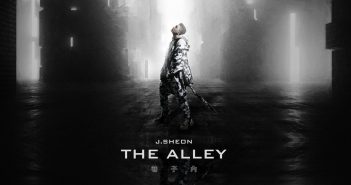 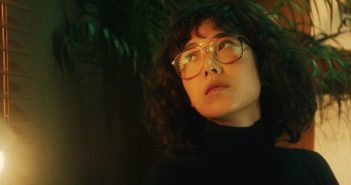