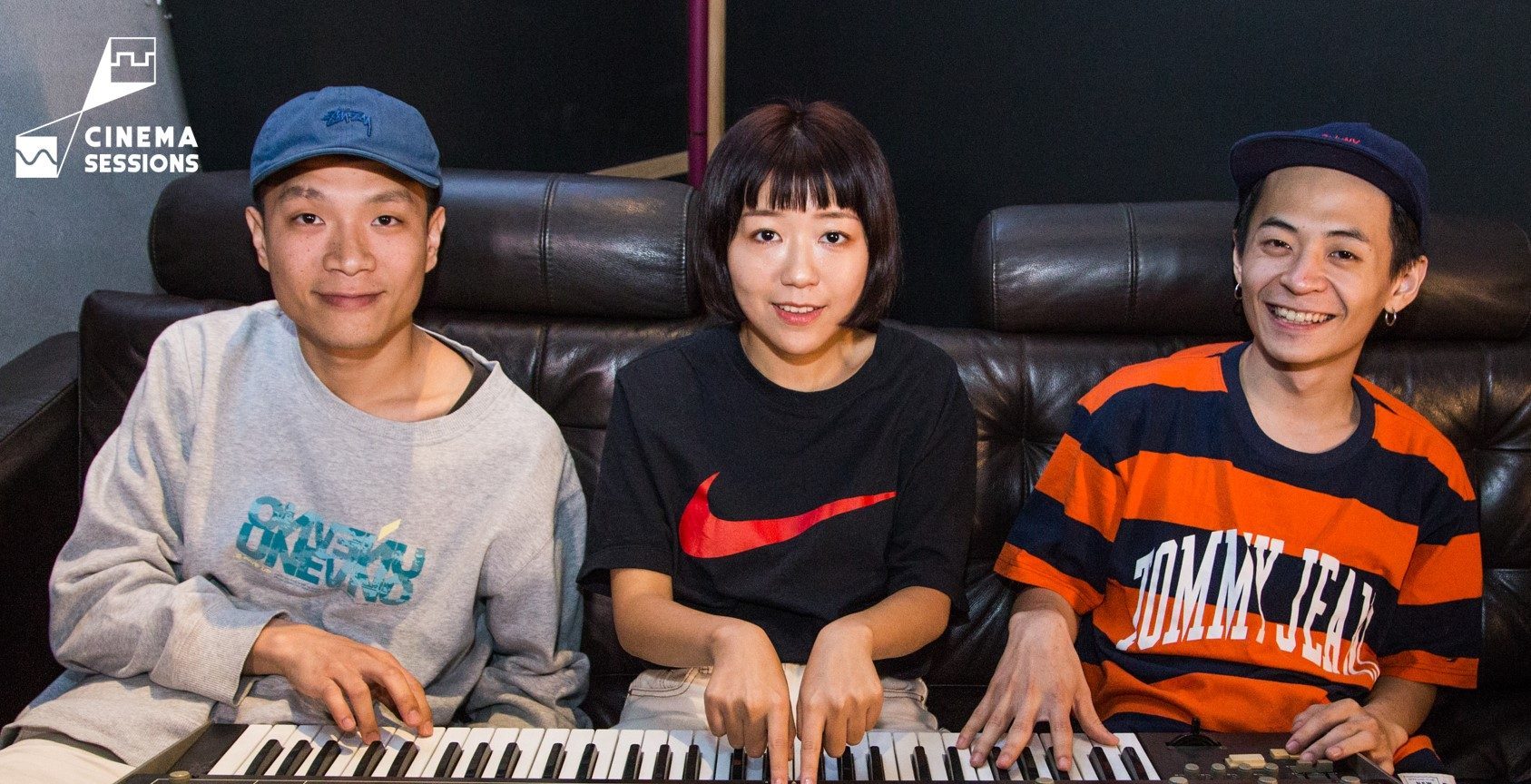 "Something smells so good!" "Wonder how it is like to eat popcorn in the recording studio?"

Just finished recording their song "Short Stay," band members of The Fur. are having pizza for dinner, with Andy Baker's "live performance" -- fresh popcorn with salty/sweet flavors -- taste just like a romance from their debut album Town. This is The Fur.'s first time at YuChen Studio, shooting this CINEMA SESSIONS project. After dinner, their next recording will be of the song "We Can Dance."

Guitarist Zero said, "The original theater ticket window is still there!" Being attracted to a double bass even though it's one string short, "I was watching pervious CINEMA SESSIONS clips and saw the popcorn machine, which is quite cute!" At that moment, The Fur. didn't know they were nominated for "Best New Artist" for Golden Melody Awards. They had just come back from SXSW in Texas, where they gain a lot of experience.

Lead vocalist Savanna said this time at SXSW they performed in two shows. There had been a little instrument technical problem at the first one, "But thank goodness we received positive feedback from the audience. After the performance, a well-known local media told us that our music reminds them of some other bands."

The local media mentioned is the Austin Chronicle. The reporter Dan Gentile describes in the article, "... Taiwanese dream-pop quintet The Fur. made its U.S. debut. Looking young enough to need X's on their hands, they froze up when the lead guitar dropped from the mix early on, but eventually settled into a stunning set. Vibes shifted from breezy Khruangbin-style strummers to Disintegration-era Cure ennui in the anthemic 'We Can Dance.'"

The Fur.'s music sometimes would mislead people about where they're from. Their music video "Short Stay" has the feel of American YA movies; but it was actually shot at The Fur.'s hometown, Kaohsiung. What influenced their style? "It's probably The Cure, The Breeders, and Beach House, Mazzy Star," mentioned Savanna many classics from 80s and 90s. "Among them, Beach House has the most influence on our arrangements," Zero added, "especially on the synthesizers, we just randomly tried out everything to see what works!"

Bassist Ren said, "on the arrangements, I also listened to many Paul McCartney's bass parts. Also, Pavement and Mac DeMarco." He also loves to watch live session videos on the internet and pays much attention to how the bassist articulates their performances.

Last year, The Fur. released their album Town through Taiwanese label Airhead Records. The whole album was done in English, and most of the lyrics and songwriting were Savanna's work with Zero's arrangements. They're one of the many bands in recent years from Taiwan with a world recognition potential and caught much attention at home and abroad. Even though they're not signed nor backed by any record company, they're still able to finish tours in Thailand and Europe to gain popularity.

This year in the States, in addition to performing at SXSW, they shot many footages for their future music video. They've also recorded "Messi" in a live session at radio station KUTX. The song is about an old woman's love for the fictional character Messi, which symbolizes the unreachable object in everyone's heart. The story of The Fur. goes back to the summer of 2016 when Savanna and Zero wrote their first song "Final Defense" for a band competition audition. They were shortlisted, joined by bassist Ran, and that was the first show.

At this CINEMA SESSIONS, you can see their new keyboardist and drummer's live performance, rather than the drum machine from the album.

The Drummer said, "I'm always thinking about how a song should move rhythmically, and let myself relax a bit." He loves African-American music and hopes to "bring more groovy beats to lift up the audiences' emotion."

"As our band came together for more than 2 years, we didn't have a keyboardist at first which is a missing part to live performance. There's been a fair amount of trial and adjusting for quite a while now, so people can hear how synthesizers can bring out a more diversified sound." Said Savanna. After 2 years of performing and going through changes in the roster, The Fur.'s music continues to mature and evolve.