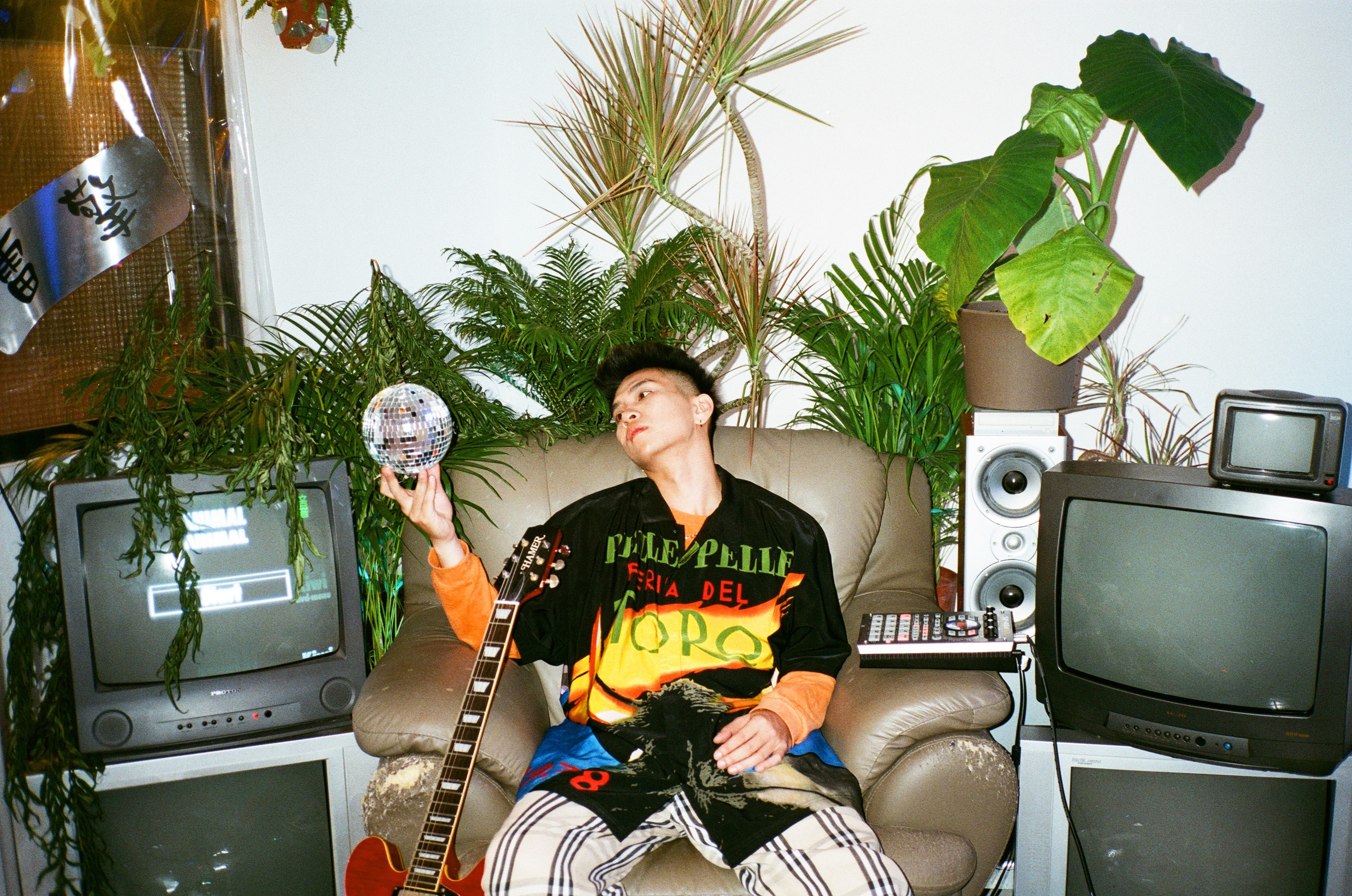 L8ching: The Urban Millennial and His Taiwanese Chill R&B

My initial introduction to L8ching and his music was through his music video "Xin-Gan Baby". "Xin-Gan" can literally be translated into "heartfelt", and is also sometimes used as a synonym of lover in Chinese. Not only was I impressed by his sleek blend of R&B and old school Mando-pop, the overall visual style of the music video also invoked a deep sense of nostalgia which is something not too many artists are able to achieve.

The interview with L8ching began with him talking about his experiences growing up as part of the millennial generation in urban Taipei. The 1990s not only saw Taiwan transform into a full-fledged democracy, it also saw an explosion in musical creativity, which made Taiwan the triumphant epicenter of Mando-pop in the boarder mandarin speaking music market.

Continuing with the interview, L8ching talked about the things he remembers from that time, when everything was hopeful, bright, and colorful to the point of oversaturation. He went on to mention several music videos from the era to further exemplify what he is talking about such as "Rainy Day" by S.H.E, "Happy Worship" by Will Pan feat. Angela Chang, and "Black Dog Brother on the Mountain" by Harlem Yu. Though quite different in the sense of musical genres, these videos all possess delightful and entertaining atmospheres. L8ching used these videos for inspiration when putting together the props for "Xin-Gan Baby", which saw him add a touch of Y2k nostalgia with CRT monitors, cell phones of the period, and perhaps the most symbolic of the music industry of the age: the Compact Disc. The post production also saw further inclusion of nostalgic elements: The music video had a lo-fi and vintage color filter added to it; while the on screen lyrics were fashioned after neon motion graphics popularized by local karaoke chains. From the aspect of music, many of the riffs and solos in L8ching's music are written in the pentatonic scale which adds to the old-fashioned guitar tones and clumsy drum fills that seeks to recreate and emphasize a "Taiwanese sound" unique to the era. L8ching is not alone: Many of the most successful indie acts that have risen to prominence in the past few years, such as Sunset Rollercoaster and DJ Didilong have also employed similar nostalgic elements in their music. These retro elements not only evoke a sense of nostalgia among listeners, they also harken back to a simpler time in peoples' lives, when everything was more laid back and chill.

Quick to see the popularity of "chill" among music enthusiasts, L8ching decided to label his music as "Taiwanese Chill R&B." Aside from his own project, he has also collaborated with other local outfits that are pursuing a similar sound. One of these groups is Xueyuan, which is mainly comprised of local indie scene veterans, who were inspired by Tom Misch's project 5 Day Mischon. Xueyuan attempted to complete writing material in a very short period, which resulted in the song "Wind's Blowing + Corny" . The sounds of an 808 drum machine and well-tuned guitars playing at a soothing tempo formed the basis of creating a dreamy and steamy atmosphere. Their sound reflects the subtropical climate of Taiwan, which sees the island soaked in excessive humidity, resulting in very sultry summers.

L8ching went on to talk about other influences of his music, such as Erykah Badu, Marvin Gaye and Nina Simone. These renowned soul artists first led L8ching to write his lyrics in English, as he felt the language was much softer than Mandarin Chinese, and was more suited to the overall chill atmosphere he wished to create. He ended up mixing English and Hokkien for the lyrics of "Wind’s Blowing + Corny". To L8ching, the basis of Taiwanese R&B is also a concept of language. While the tone of Mandarin Chinese is often stiff and inflexible, Hokkien is much softer and melodic.

Later in the interview, L8ching mentioned how college was a pivotal turning point for him and his music. His first foray into a more professional and creative environment was via an indie folk band, which led to more connections in the local scene. He later joined a blues rock trio, which introduced him to the music of the Alabama Shakes and The Black Keys. It was from here that he stared to develop a liking for blues, soul, and other subsequent African American music. He also learned the ropes of music composition and songwriting in this period. This slowly led him to want to become a singer-songwriter, rather than continuing as only a session player in the bands. After much trial and error, L8ching finally knew what he needed to create and perform his music: two electric guitars, a bass, a bongo, and a synthesizer. And to this day these instruments are still the basis of most of his musical creations For his session at this year's Primavera Sound, L8ching will be drumming and singing. This performance in Spain will be a monumental step in his career, not only will this be his first international show, but it will also be a chance for him to see if "Taiwanese Chill R&B" is able to resonate with international audiences. And of course he's also looking forward to all the sights and sounds Primavera and Barcelona have to offer!