“Hey! blow me one!” Lead singer A-Guo shouted jokingly right before the saxophone player Da-Bian enters his solo. Recording their live sessions at YuChen Studio on a weekend afternoon, they are Angry Youth.

In recent years, a misanthropic motif has emerged in Taiwan’s indie music scene. Songs such as “Teens Edge” by Your Woman Sleep with Others, “Stranded People” by Constant & Change, and “People Down There” by Obviously represent this phenomenon, a sense of resentment. And now, a band with an angry name is born. 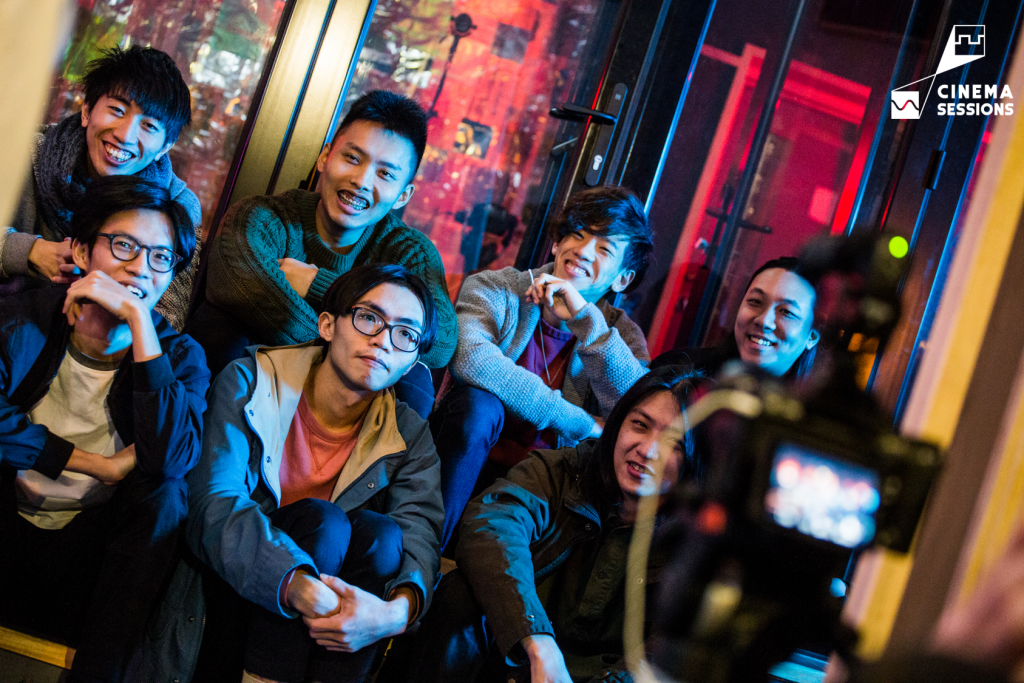 Rather than just being haters, the boys play around quite a bit of frat-guy-straight-dude humors, performing in entertaining funny ways to express their resentment along with all the bitter joy of boy/man-hood. The style is reminiscent of veteran bands such as LTK Commune, The Clippers Band, and Children Sucker from more than a decade ago.

“...... and the GING NANG BOYZ from Japan!” says the 27-year-old A-Guo while having a cig outside the studio, talking about the bands that inspires him. He met their band leader/guitarist Bin-Lang in college then got into punk music. He loves Lou Reed’s album “Transformer”. However, “Iggy Pop is still my all-time favorite, the man is a monster on-stage.”

Aside from A-Guo and keyboardist Mozzart, the other five members of this team of seven actually had all studied at the same music school, Fu Jen University Music Department. They are learned in jazz and academically trained in the craft—not just a band of a bunch of punks. 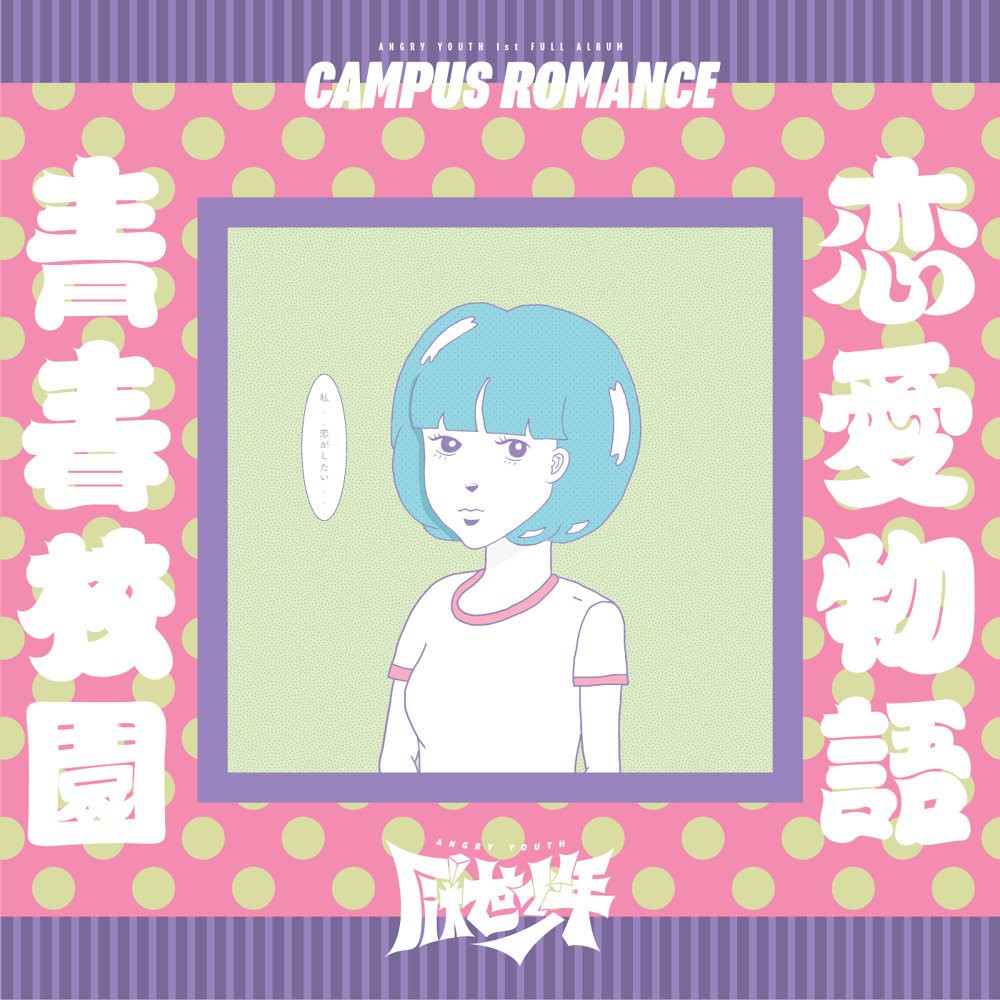 “It’s a record of young frivolous sexual fantasies or youthful impulses,” Bin-Lang said in a pre-session interview. “The first song we made as a band is ‘Tourette Syndrome.’ Tourette syndrome is a comprehensive tic disorder. I believe that people always have difficulty adapting to one aspect of societal life or another. When we perform this song, it is to let out emotions.”

“Tourette syndrome” is the last track of the album. It is a rare rock and roll piece in Taiwan as it runs for an unusually long eight minutes. The lyrics are like a confession from A-Guo, the chorus referenced to nursery rhyme “Twinkle, Twinkle, Little Star” to express sadness. The other main song “It Just Disappear Like That,” used The Heart Sutra scriptures for certain expressions. That was the song being recorded that day.

(Chorus lyrics: When Bodhisattva Avalokiteshvara was practicing the profound Prajna Paramita, he illuminated the Five Skandhas and saw that they are all empty, and he crossed beyond all suffering and difficulty. Shariputra, form does not differ from emptiness; emptiness does not differ from form. Form itself is emptiness; emptiness itself is form. So too are feeling, cognition, formation, and consciousness.) 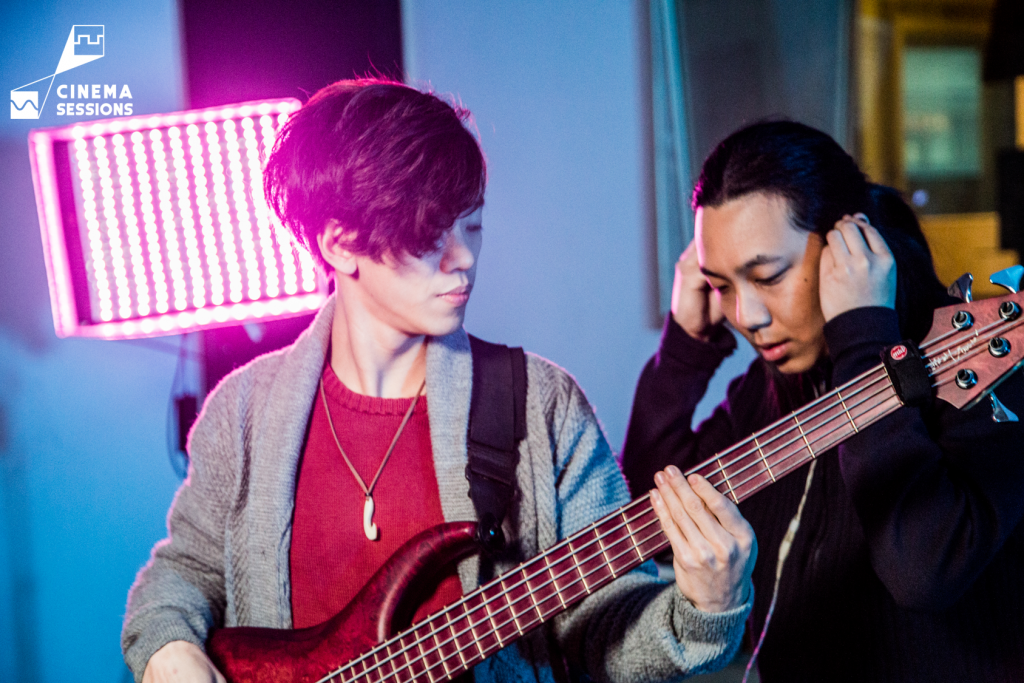 “What is love?” Bin-Lang said the song “It Just Disappear Like That” talks about a man and a woman. The song’s verse was finished, however the chorus has not been inspired until he attended his grandfather’s funeral and heard chanting of The Heart Sutra. “This just is my mood. If it is presented in this way, it should be very interesting.”

Youth is very experienced with live performances. They won two awards in a year at the Taiwan Hohaiyan Rock Festival. This time at CINEMA SESSIONS is their first live synchronous recording. In addition to the new song “It Just Disappear Like That,” they also work on one of their early tracks "Love You Again”, included in an EP released in 2015

Even though it’s the same song, but the whole interpretation from the band has evolved.

Da-Bian told us, “Over the years from we’ve started, there had been a series of meticulous changes in the arrangement, but I have never made good recordings of them. This is a great opportunity, working in this great space, to make a perfect presentation all at once.” Bin-Lang added on the side, “The biggest difference from the original album version is that we’ve given more space for the bassist Obama and saxophonist for their solo parts. Give it a listen, I believe it’s pretty cool.”

Bin-Lang now participates in three bands at the same time, and accidentally sprained his foot at a festival prior to this live session. He said, “At the moment, I am still very busy with work, and I have students to teach. I truly love what I do and see music as a career.” Then he added, “For the shot to look good on-camera, and also ease of effect switching, I decided to step on the Wah-Wah even though my foot hurts from the injury. I’ll just have to grit my teeth and power that through a little.” 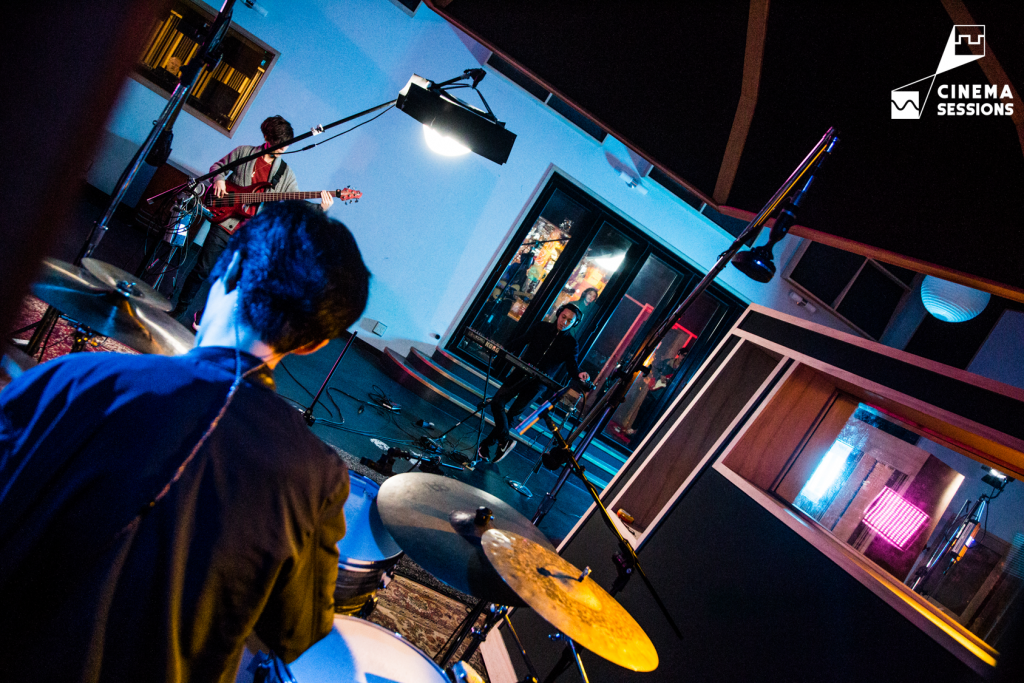