Back in 2013 there was a survey done by film data researcher Stephen Follows. What Follows was trying to get a handle on was the economics of film festivals, and what he found was that the majority of the 10,000 he examined were just scraping by. In fact, just 14 percent of them rated their funding situation as “great or better.” Over half said they had “just enough to run the festival well.”

In spite of this rather bleak outlook, Taiwan's own Urban Nomad Film Fest has managed to survive, and without the usual practices of charging submission fees or scrambling for government handouts, no less. The fest, which has all the headaches of a film festival compounded by the headaches of running a music fest, was founded by Americans and longtime Taipei residents David Frazier and Sean Scanlan in 2002. Urban Nomad has been bringing an indie band attitude to the local film scene, melding the best of underground movies, documentaries, and music, ever since.

It's been a constant challenge for Frazier, now running the fest as his sole occupation. A brief sojourn into the “real world” that involved a job at a Taipei start-up ended last year with a renewed commitment to doing what he feels he is truly meant to do. Along with a skeleton staff, he walks the fine line between being a businessman and maintaining the mentality of an artist. It's an approach that has allowed the music video competition portion of the film festival to grow, at least from a certain point of view.

"We were expecting 60 to 70 submissions a year,” he says of the number of directors and bands that send in videos. “Last year it grew to 80, and this year it's over a hundred.”

Frazier, a Generation X-er with a mind that seems to bounce back and forth between the cynicism that is part and parcel of his age group and cautious, carefully-worded optimism, chalks up the growth to the way Urban Nomad is perceived from the perspective of the outsider, rather than the way things actually are.

“It might be part of a media effect,” he says with a shrug, seated at a street-side table at a Daan coffee shop, a ratty mid-2000s Fuji Rock t-shirt hanging loose off his thin frame. “People walk up to me and they say, 'Oh, your festival is getting a lot bigger.' I look at the attendance, and no, it's not actually getting bigger. But perceptually it is getting bigger for a lot of people."

Whether it's merely perceptual or in reality, the fact remains that Urban Nomad's music video comp remains a vital outlet for the indie and underground music community in Taiwan, as well as a means of celebrating its achievements.

“We're the only other competition for music videos outside of the Golden Melody Awards, which is a pop music award,” Frazier points out.

As such, the competition has helped to foster growth and evolution in Taiwan's music scene. Of course the majority of the credit for how a scene morphs goes to the bands themselves. It is often the breakout of one or a slim few that drives others to take what those who have found success have done and put their own spin on it. What Frazier has noticed through his curating of the music video contest the past few years is a shift away from the post-rock pedal board worship of bands like Aphasia and Bugs of Phonon towards actual indie rock songwriting.

“I think that whole Taiwan indie band thing is kind of exploding in a way ever since No Party For Cao Dong,” Frazier says of the recent accolades enjoyed by the current darlings of the Taiwan indie rock world. “There was a big shift that happened where post-rock suddenly ended and you suddenly had college kids forming bands that were based around writing songs. It wasn't about guitar pedals. It was actual lyrics.”

The competition aims to put the spotlight not only on the bands featured in the music videos submitted, but the directors as well. As such, both bands and directors who make the cut as part of the the final ten videos, selected by a panel of three jurors hand-picked from around the Taiwan scene, are invited to take part in screenings of their videos during the film festival. Giving all the artists involved in bringing a song to the visual medium such a platform isn't something you will see at Taiwanese awards shows be they major or minor.

“We're the only ones who do this,” says Frazier. “It's like, here, we'll let you present your video in front of an audience and treat it like a film. At first it was kind of weird. And then last year the reaction we got from the bands and everybody was super great. They were really into it.”

One of the jurors for the competition this year is Tung-Hung Ho, the founder of Underworld, a Shida area venue that was central to the development of Taiwan's indie music scene for 17 years. In 2013, Underworld was shuttered due to the repeated harassment of an overzealous neighborhood association which suddenly decided the small basement club was some sort of moral menace to society. That this crusade happened to coincide with efforts to push forward real estate developments in the neighborhood was a detail not lost on many onlookers, but Underworld bit the dust just the same. Ho is also a professor at Fujen University, and this year he brings his expertise to the panel that will decide which Taiwanese music videos made between 2017 and 2019 are the best of the best.

“First, since it is about music videos, I focus on whether the music might sound interesting enough and meet some Nomad spirit, that is innovative, weird, and un-pop, even if the last criteria seems very vague,” Ho offers.

A big part of Urban Nomad's personality is the accompanying music festival, the Urban Nomad Freakout, held each year in April, the month before the film fest kicks off. Held at Tiger Mountain since 2015, the music fest unfailingly features an eclectic collection of bands from Taiwan, around Asia, and from further afield. Psych, reggae, ska, surf, garage, electronic and experimental are just a few of the disparate genres that have been represented in years past. Last year Frazier managed a major coup when he landed Angelo Moore and the Brand New Step, the band fronted by the legendary high-energy Fishbone front-man.

This year's headliners include Japanese post-hardcore experimentalists Mouse on the Keys and their fellow countrymen Asakusa Jinta, a Tokyo six-piece that brings together punk, ska, swing, and marching beats. Also on the bill are up-and-coming Taiwanese bands. Crocodelia and Dope Purple will bring the heavy psych sounds. Go Go Rise, a band influenced by California pop punk and Taiwanese indie will represent power pop. And DJs such as crowd favorites Yo Hey Li and Marcus Aurelius will keep the dance crowd moving. Putting together such a diverse lineup, a mix of international draws, local favorites, and expat bands that have made their own mark on the Taiwan scene, is something Frazier has learned to approach with a critical eye rather than that of a fan. 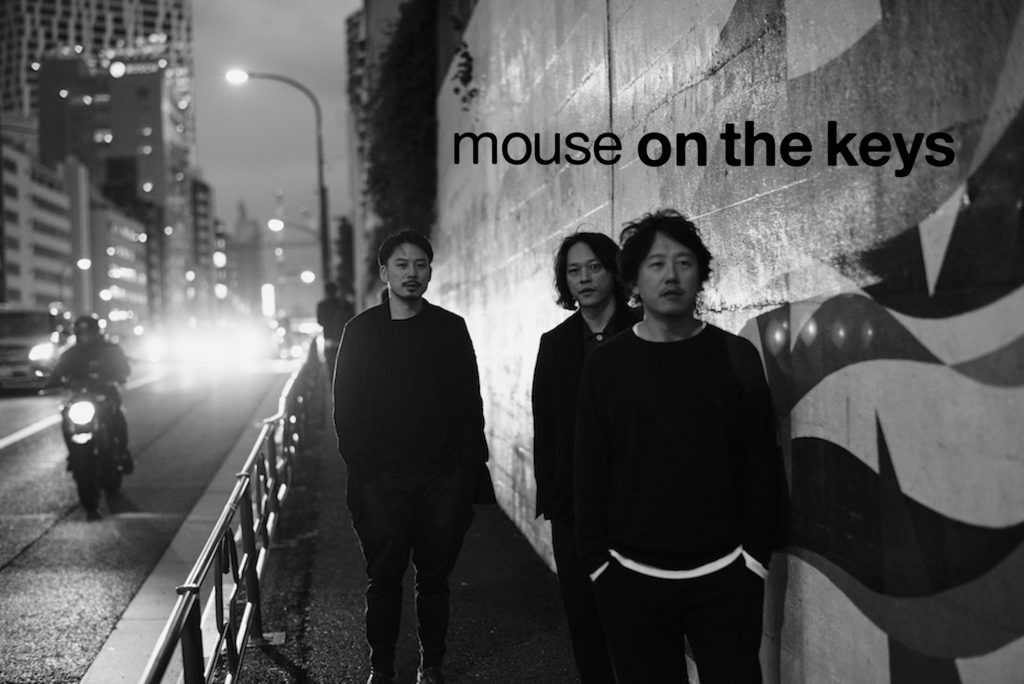 “You can't program a festival as a fan,” he says emphatically. “Then you're thinking as a fan and you're assuming people will love the bands that you love. It just doesn't work like that.”

Instead, he says, you have to curate the lineup while remembering that it's not only about putting together a roster that will appeal to a wide cross-section of heads. It's also about branding. Every festival has its own image; it's unique vibrations that attract a certain sort of person whether they hail from Taipei, Toronto, or Timbuktu.

That the buzz surrounding the Freakout seems to be building each year speaks truth to Frazier's observation. Though none has been done, if a straw poll were to be done among attendees, most would probably say they are drawn in by the overall aesthetic Frazier and his team put together. It's got a little bit of everything, but it doesn't try to be everything to everyone. Rather, it's more about bringing the best of a many different worlds together.

“A friend of mine told me yours is a festival where all the different tribes come together. I definitely like that aspect of it. I feel like that's what a festival is supposed to be.”

As for the future of Urban Nomad Film Fest, the music video competition, and the Freakout, Frazier is looking ahead to the next few steps that could see him find a more comfortable balance between securing sponsorship, maintaining his brainchild's indie/punk mentality, and providing some sort of security for himself (he says he hasn't taken a dime from the festival the past three or four years) and his staff (who all maintain other jobs to get by).

It's about building a base budget big enough to live on—hard to do when government funding is at a bare minimum, as he says. As it stands, what Urban Nomad has to live on is less even than what the Chaiyi Art Documentary Film Festival receives, or about a fifth of what the Taiwan International Documentary Festival has to put in its production, both of which are heavily supported by or subsidized by the government. As it stands, Frazier is searching for his own way to secure a sustainable future. But as always, doing so will be on his own terms.

“I would love for [the budget]to be in place where I don't have to pull my beard out every year to make that happen,” he says, “but we're not there yet.”

The 2019 Urban Nomad Freakout takes place at Tiger Mountain April 13th and 14th. One and two-day passes are available at https://urbannomad.kktix.cc/events/urbannomad-wawetw.

The Urban Nomad Film Fest and accompanying music video competition will run from May 16th-26th in Taipei, with more information on venues, films, and more due to be posted soon at http://urbannomad.tw/?lang=en. 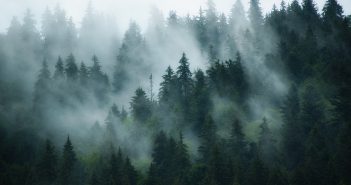